Author of The Worst Man on Mars


Mark Roman has been a research scientist for longer than he can remember, not that he can remember much these days. Memories of his heyday are a little vague – if indeed he ever had one. Nowadays, he just keeps dropping things: files, staplers, cups of tea, test tubes of biohazards. His colleagues keep showing him the door, but he’s not sure why they do this as it looks the same as it’s always done. He expects it’ll be time to retire soon, possibly when they disable his entry card.

Co-author Corben Duke has already experienced the retirement process and now lives a life of almost total inactivity. He used to be an architect – one of the best, he’ll tell you – although, when asked, he can’t remember a single building he designed. It doesn’t matter; most will have collapsed by now.

Together, they’ve been writing humorous science fiction stories for longer than either can remember. It’s a form of therapy, or so they say. It has done wonders for them, although less so for their intrepid readers.

How would you describe The Worst Man on Mars to a new reader?

What was the inspiration behind The Worst Man on Mars?

Which character in The Worst Man on Mars has had the greatest impact on readers?

If The Worst Man on Mars were to be adapted for TV or film, who would you see in the lead role? Who did you have in your mind’s eye when you wrote him/her?

How have readers responded to The Worst Man on Mars?

What is your latest project? 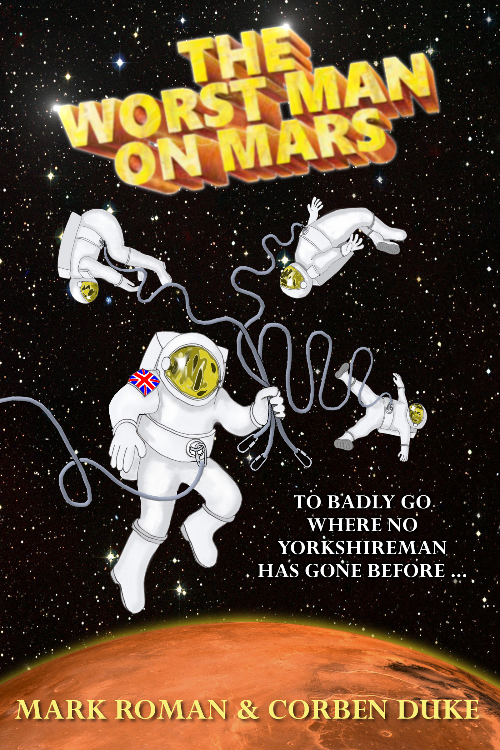 Hero. Legend. Role model. He’s none of those.

Little does he know that the base – built by an advance party of incompetent robots – is not quite finished and has no food, water or doors. Worse, the ship’s scanners are picking up strange signals from the surface.

There is life down there. But will it be pleased to see him?