Author of The Writhing


Hi, I'm Abe Moss! I'm 28 years old and I'm a bit of a horror freak. Books, movies, video games--anything to disturb me in the best kind of way. I've been writing horror for as long as I can remember (seriously, since I was maybe 5 or 6 years old, encouraged and inspired largely by movies I probably shouldn't have been watching as such a wee lad) and I hope to never stop.
I wrote my first (now published) novel, The Writhing, when I was 18. I've written two more novels since then. I hope if you're reading this you've found something in my stories to enjoy, because I'm planning to write a lot more of them!
As far as writing horror goes, I love creature-features, psychological horror, supernatural horror, cosmic horror, you name it. With each book I write, I hope to try something a little different. The possibilities are endless and that's what I really love about storytelling. I hope you'll enjoy my stories as well!

How would you describe The Writhing to a new reader?

To what extent is The Writhing based on your own experiences?

What are some horror stories that inspired The Writhing?

You mention in your bio you love horror books, horror movies, and horror video games. What are you favorites of each?

What kind of experience do you hope to give your readers?

The Writhing was your first published novel. What were the most important things you learned from it?

How have readers responded to The Writhing so far? 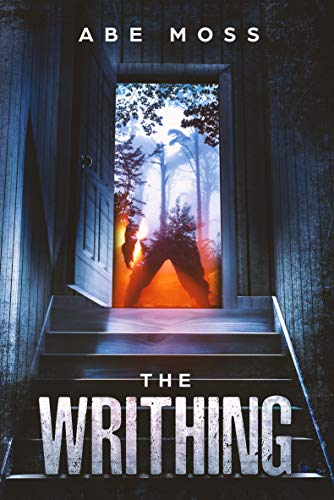 Posted In: Horror
Buy this book

You never truly know your neighbors, or what goes on behind closed doors. Sometimes it's better not to. Sometimes the truth is downright haunting.

Alex watches from her bedroom window as the small, secluded town of Amberton sleeps: a bright, pleasant town with a dark, disturbing secret. Helen, her foster mother, is gone all hours of the night with no explanation. The neighbors, always friendly, always smiling, are also always watching. They know something Alex doesn’t. Something she shouldn’t…

When three outsiders become ensnared in the town’s dark conspiracies, Alex witnesses for herself the nightmare hiding in plain sight. Together, haunted by their own pasts, these outsiders threaten to unstitch the town at its rotten seams, uncovering the gruesome truth writhing beneath the surface.