Author of The Amnesia Desk


Jim Sullivan is a Cheshire-based author. He grew up in North Wales, which remains a strong influence on his writing.

What’s The Amnesia Desk about?

The Amnesia Desk is a thrilling read, a real page turner. How important was it to you to write with pace and energy?

How would you characterise the book? Is it sci-fi or thriller, for example?

What has the reader reaction been?

The book has some violent scenes. Where did you draw the line when writing the book?

How real is the science?

Much of The Amnesia Desk is set in Chester and North Wales. Why these locations?

Does the book's pace come at a price?

Could we pick up on that point about the human condition? Without giving too much away, the book suggests that we are more connected to our past than we usually think. Do you feel this is true? 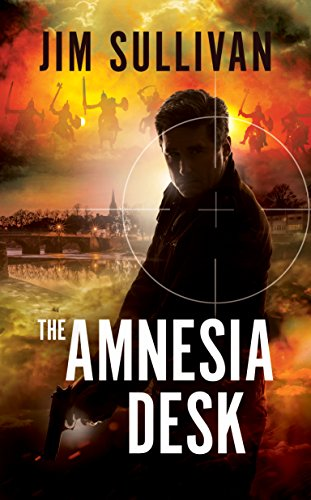 When archaeologist Lee Jackson takes an experimental drug he starts having vivid hallucinations about the deep past. But are they hallucinations or actual ancestral memories? And why are they dominated by memories of battles?

Meet the Amnesia Desk : a clandestine, ultra-violent group tasked with keeping the CIA's darkest secrets hidden - permanently. But while most of Jackson’s memories are from centuries ago, one is from the recent past, and it’s a threat to the very existence of the CIA.

Jackson has to die.

The Amnesia Desk send their finest to Britain to deal with the threat. But there's something they haven't counted on: Lee Jackson has access to centuries of combat experience. This is a fight the Amnesia Desk wasn't expecting.