Author of All in a Day's Dance by L.R. Lane


All in a Day's Dance became a novelette years ago after being a classical duet of piano and ballet for the live theater where the muse created the drama as "a mirage behind rose-colored glass."

A pivot from the live theater to a real world internet stage transformed the illusion into an antagonist made up of half-truths and advanced riddles where music is now playing a key role, being the only thing capable of making him a fulfilling counterpart and complete.

This is truly a cyber tale for a discerning internet audience.

The antagonist shows up unbeknownst as an ontological riddle with a terpsichorean twist on how to level a farraginous playing field intending to upstage the main character's creative drive for success in all of her endeavors, but can simply writing a book describing a need for music be the answer?

Contending with such a persona requires special skill beyond the academic and theoretical and in this case the story is much larger than fiction between two covers.

Music the equalizer, with dancing as a metaphor for creativity streams with Amazon River-like passion through the protagonist making her feel whole and alive which is fine and dandy. However, the story though vivid will never reveal the music as it really is. Someone else must hear it.

Her void of half-truths remains and the antagonist still poised to exploit her for her brilliance is yet to be fathomed. The two halves must make a whole and the protagonist trapped in the book with nobody hearing what she is hearing taps diligently into her creativity.

It enables her to be aware that her unwavering rival uses illusionary tricks to assume authority for dealing hands of fate and behooves her to always have an ace up her sleeve.

How she got her music out of the book still remains a mystery.

Why did you decide to write this book and title it All in a Day's Dance and what is the story about?

How significant is recognition to an author such as yourself for your artistic merit?

How are you promoting All in a Day's Dance and what makes it different from anything else, especially considering that it is a novella??

Are you planning to write more stories, and if so, what subjects are you interested in addressing?

Since you are referring to music as vital to your story how important is it to non-musical readers?

What do you think readers will appreciate the most about your story?

What authors do you pattern your own writing style after the most?

Does anyone have to be a dancer to get something out of this story?

Can you sum up your story in one phrase?

Is there a particular setting and time for the story All in a Day's Dance? 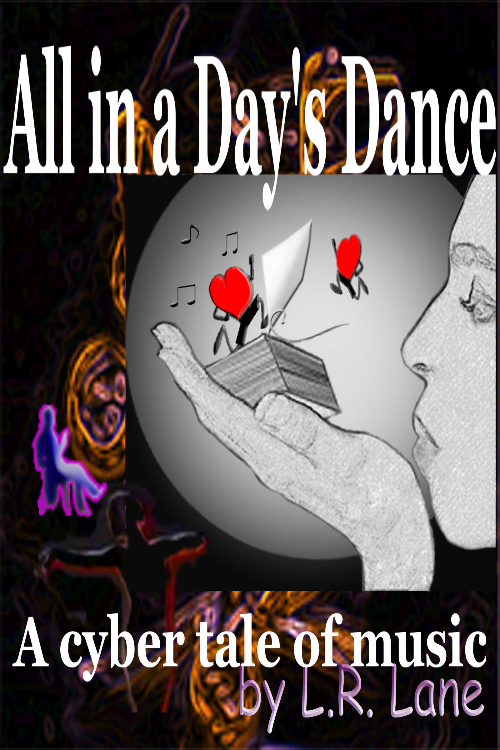 The well-known saying "It's all in a day's work" transcends to become more special in this metaphorical narrative that encapsulates a visionary's extraordinary approach to living while having to face the music exemplifying the idea that anything going beyond the ordinary is all in a day's dance.
https://www.allinadaysdance.com