Author of Too young to die: A scientific thriller in the age of biotechnology


W.F. van der Hart is an author who started writing after an intense and successful international business career in consulting and finance. As a passionate reader with a curious mindset, he has a strong interest in science in its broadest sense. He writes thrillers inspired by true and amazing scientific developments in our ever-changing world and based on extensive research. He has lived in different countries in Western Europe and South America and worked in many other countries all over the world which fueled his passion for traveling. He loves discovering other cultures and enjoying nice local food and wine with friends and family.

How would you describe "Too young to die" to a new reader?

What was the inspiration behind "Too young to die"?

What can you tell us about the main character in "Too young to die"? 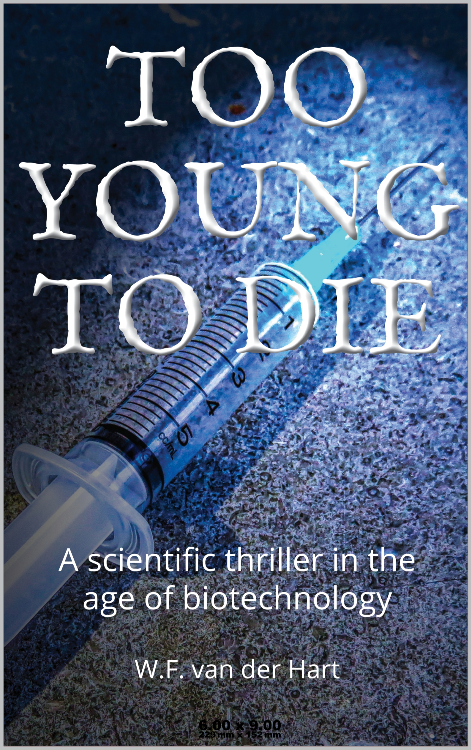 Too Young to Die is a compelling, gripping scientific thriller of a journalist’s investigation into a rejuvenation drug which is about to change the human race forever.

Dave Wilson, a middle-aged New York journalist suffering from depression and chronic back pain, is thrilled with his new assignment: an article about a new drug that allegedly can stop the aging process, rejuvenate the body and increase the human lifespan significantly.

The twenty-first century is the age of biotechnology and he goes to the depth of this during his investigation. Scientific developments are happening at an exponentially growing pace and are about to change the human species in unprecedented ways.

While learning about the impressive advances of science, he decides to do the unthinkable. His life changes in unimaginable ways, but not everything changes the way he had hoped. Dave gets sucked into an intricate web of crime, greed and genius evil.