Author of The Time Tourists


I am a journalist currently employed at the University of Oregon, Department of Communications as an editor & writer. I am the author of The Time Tourists. The following interview questions/answers are based on an interview with Penstricken: https://penstricken.com/2020/05/05/spotlight-the-time-tourists-by-sharleen-nelson/

You’ve been a journalist and an award-winning photographer for more than 20 years. What made you decide to write a novel?

What was the main inspiration behind The Time Tourists?

Did you find anything particularly difficult about writing this novel?

The title suggests a sort of sci-fi/cozy mystery combination but there are actually a lot of different and sometimes very dark themes running through this story making it quite hard to categorize. What would you say was your central theme(s)?

The villain in The Time Tourists has been described as "probably one of the most messed up characters I’ve ever come across." In many respects he is guilty of some pretty awful crimes yet there is also something pitiable about him. How do you go about developing a character like that?

In The Time Tourists, the audience is privy to a lot of the protagonist's strongly-held beliefs about a whole range of controversial subjects from abortion to Darwinism. Do you think it’s important for authors to use their protagonists to make points on important real-life subjects?

What has been the reader's response to The Time Tourists?

If they ever make a film adaptation of The Time Tourists, who would you choose to play the lead characters?

Do you have any advice for anyone out there who might be thinking about writing their first novel? 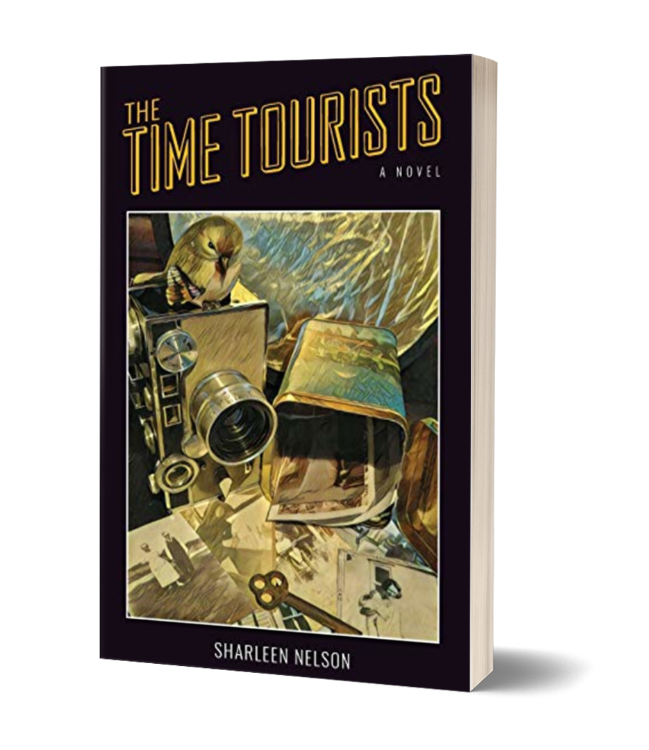 Danger. Romance. Time Travel . . .
As four-year-old Imogen flipped through the dusty photo album, gazing into the faded monochrome faces of her grandmother's somber family—relatives with funny names like Aunt Ada and Uncle Paul and Aunt Phyllis and Uncle Gordy, and second cousins Percy and Viola from Missoula—all of a sudden the universe tilted and for a brief instant she found herself transported to the place and time within one of the pictures.

One of only a handful of people—that she is aware of—who can time travel through photos, she establishes Dead Relatives, Inc. to help people recover lost items or unearth the stories and secrets of friends and relatives from the past.

Step into time with Imogen Oliver in this first book in the Dead Relatives, Inc. series as she investigates a young girl that ran away from home with her boyfriend in 1967 and never returned, and then as she travels back to the turn of the 20th century to locate a set of missing stereoscopic glass plates that hold a mysterious connection to her own life.