Charles Massie, the oldest of four children, grew up in Syracuse,
New York. After finishing high school, he enlisted in the United
States Navy and served a total of six years at various ports around
the world. Returning to civilian life, he continued his education at
Syracuse University. Upon graduation, he worked for a number of
engineering firms before finding his calling in the sales field.
Being an entrepreneur, he has been instrumental in overseeing such
companies as Massie Engineering Associates, InfoTech Consulting,
LLC, and CaterCats Catering. Creative expression has always been in
the background of his life and over the years, he has submitted
articles and stories to Twilight Zone Magazine, Readers Digest,
Analog Publications and others.
His hobbies include progressive rock music, computers and other
toys, traveling and enjoying the gifts that he has been blessed with.
He loves animals, humor, exotic cars and practicing random acts of
kindness.
He lives in the Commonwealth of Kentucky and New York State and
maintains his website at: www.charlesWmassie.com

How would you describe 'Passionate Oversights' to a new reader?

What was the inspiration behind 'Passionate Oversights' ?

Which character in Passionate Oversights has had the greatest impact on readers?

If Passionate Oversights were to be adapted for TV or film, who would you see in the lead role? Who did you have in your mind’s eye when you wrote him/her?

How have readers responded to Passionate Oversights? 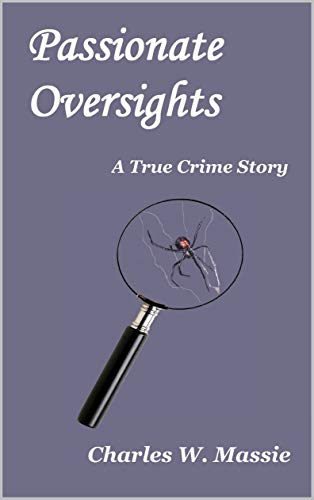 This is a true story of seduction and corruption. All the events occurred in the town of Burkesville, a small farming community in South Central Kentucky.

Charlie Mason is a happy, retired gentleman living in Syracuse, New York; one of the snowiest parts of the nation. He yearns to move to a warmer climate such as Tennessee or Georgia. A romantic relationship in his life would be nice also since he has been alone for a long time.

He meets a woman on the social media platform Craig's list, who appears to be everything he desires. She is a beautiful redhead; a business owner who is smart, funny and vibrant. She owns a horse farm and is part owner of a construction company. Her name is Patricia but most people call her Patriche.

After many email and phone conversations, she invites him to visit her at her home in Kentucky.He takes a chance and travels by bus to her location. Their first meeting is absolutely magic. Charlie has always had a penchant for redheads and Patriche is gorgeous. Overall, Charlie is impressed by her industrious nature.

They seem to have so many things in common, including the fact that she is originally from upstate New York. Charlie believes he may have met his soul-mate. Their days are filled with love and laughter as Patriche shows Charlie the beauty of the Kentucky landscape as well as the local sites.

But the real fireworks happen in the bedroom. Even though neither of them are 'spring chickens', their sexual responses to each other can rival couples half their age.

Charlie and Patriche decide to travel to upstate New York in order to pick up their various possessions, visit friends and return to Kentucky to begin a new life together.

Their is only one problem. This lady is a deadly Black Widow in disguise.

Through their nightly conversations, Patriche discloses several events of her past that shock Charlie. She was responsible for the death of her oldest daughter, she is estranged from her children, she had her ex-husband deported to Canada, and her last lover put a shotgun in his mouth and blew his brains out.

The story now becomes a painful voyage into perdition. Suffering at the hands of a sadistic lover is only the beginning. Patriche has Charlie arrested for a heinous crime for which he is innocent. While he is incarcerated, Patriche takes her possessions, as well as Charlie's, and moves back to upstate New York.

Charlie is convicted and sentenced to a 5 year term in Federal prison. Physical and emotional abuse from a corrupt judicial system could possibly lead to his death. In the face of overwhelming odds, Charlie fights to save his life, his honor, and his sanity. Throughout this journey, the reader will come to see how one man used every single ounce of his being to survive.

Passionate Oversights offers a glimpse of domestic abuse from the male point of view and is a 'must read' for anyone considering an Internet-Based relationship.