Jules Crisare loves writing sexy shifter romances. The growly and dominant males of Broken Peak and the Silver Sentinels are the ones bending to the strong wills of the smart heroines who cross their paths. Seriously, only strong heroines need apply to capture the hearts of these sexy alphas.

How would you describe Broken Alpha to a new reader?

What was the inspiration behind Broken Alpha ?

Which character in Broken Alpha has had the greatest impact on readers?

If Broken were to be adapted for TV or film, who would you see in the lead role? Who did you have in your mind’s eye when you wrote him/her?

How have readers responded to Broken Alpha? 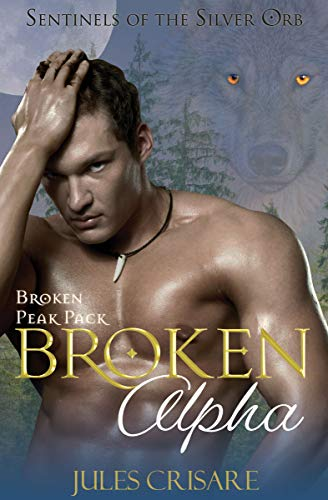 Bray isn't a good man, but he's a good wolf. He has one goal - keep his pack of young dominant males from killing each other. Bray's wolf has another goal in mind. Find a mate. When a female strong enough to handle his pack crosses his path, she's perfect for him. Vixen is smart, sexy as sin, strong, and fierce. There's only one problem. She's not a wolf.

Vixen isn't a good woman, but she's a good assassin. The only thing she cares about is staying one step head of the team sent to retire her. When Bray saves her life, she falls under his protection, and the Alpha wolf wakes up more than the emotions she keeps safely locked away.

Vixen is the mate Bray has been waiting for his entire life, but to keep his pack safe Vixen needs to disappear. Bray has to convince her to stay, or the shifters will lose their sentinel, and he’ll lose his mate.