Author of To Die in Vienna


Kevin Wignall is a British thriller writer whose books have successfully made the transition to Hollywood movies. Since his first published novel - People Die (2001) – Kevin has been a full-time writer.
His first novel to be adapted for cinema was For The Dogs, renamed The Hunter’s Prayer for cinema. The film version received mixed reviews from critics – certainly not a reflection on the novel itself, which marries pace and energy with seamless storytelling.
More recent novels to have been adapted for film include To Die in Vienna and When We Were Lost. When We Were Lost is a YA survival novel and a coming-of-age story, featuring a plane crash in Costa Rica which leaves a party of schoolchildren facing death. The film version of To Die in Vienna (which will be titled ‘Welcome to Vienna’) is in production, with Jake Gyllenhaal in the lead role.

Does any of this story come from your life?

Which writers provided inspiration for To Die in Vienna? Or for your writing in general?

Jake Gyllenhaal – stars don’t come much bigger. Who did you have in your mind’s eye when you created his character? He’s also the producer, so must have loved the book?

Which of your books are you most fond of?

What kind of reader reaction have you had for To Die in Vienna? 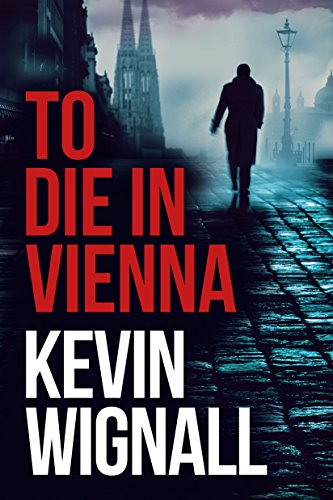 Soon to be a major motion picture starring Jake Gyllenhaal.

He’s seen something that could get him killed. But what?

Freddie Makin is a spy for hire. For a year he’s been watching Jiang Cheng, an academic whose life seems suspiciously normal. To Freddie it’s just a job: he never asks who’s paying him and why—until the day someone is sent to kill him, and suddenly the watcher becomes the watched.

On the run from whoever wants him dead, Freddie knows he must have seen something incriminating. The only trouble is, he has no idea what. Is the CIA behind all this—or does it go higher than that? Have his trackers uncovered his own murky past?

As he’s forced into a lethal dance across Vienna, Freddie knows one thing for sure: his only hope for survival is keeping the truth from the other side, and making sure the secrets from his past stay hidden.