Author of Bally and Bro


I'm an ex-teacher living on the south coast of the UK and writing novels.

Is it a thriller or erotica or what? 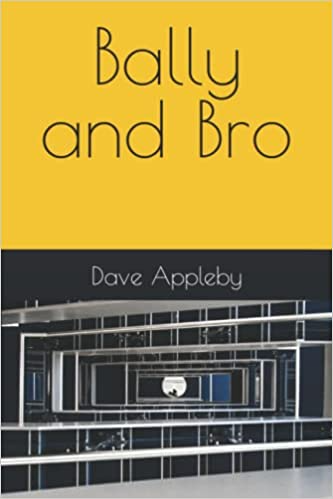 Young wannabe artist Bally is beautiful but broke so his 'best friend' Bro comes up with a plan to make money from Bally's body. Bally is drawn into the world of internet pornography. Can he escape?

This is a coming of age novel about exploitation and love and tangled lusts, set in the world of online pornography. It confronts the reader with unsettling themes of abuse of power and trust.

From a five-star review: "a small circle of characters weave together in a carefully plotted story ... The handling of this subject matter is thought-provoking and inevitably dark. Characters and scenes are brought to life with imaginative word pictures which are frequently visceral, inventive and graphic. ... Its stylistic formatting and staccato writing ... reflect the edgy world that the author, Dave Appleby, creates. In particular, the use of slang and sensory descriptions adds a unique and fresh style to the book. For those seeking to explore the voices of indie authors, this book comes recommended."

Inevitably, given the subject matter, there are explicit scenes of sex throughout the book.

From a 10/10 review: "Modern, contemporary, not a single word is wasted. This is a very British, funny, and often hilarious read with characters that are guaranteed to have you shaking your head in frustration and shouting at the page in anger."