Hi, thanks for joining me. My name is Vicky Peplow and I live in Virginia with my beautiful partner Lorie, We love our pets Sir Milo, and Whika Love. We recently lost one of our babies Tiga Boo late last year.

I tend to write in the paranormal or crime/thriller genres but may branch out into other genres as time goes on. My first to books have been based around the village in the North-East of England where I was born and bred. Ryhope in the city of Sunderland.

How would you describe The Old Coal Miner's Lamp to a new reader?

What was the inspiration behind The Old Coal Miner's Lamp?

Which character in The Old Coal Miner's Lamp has had the greatest impact on readers?

If The Old Coal Miner's Lamp were to be adapted for TV or film, who would you see in the lead role? Who did you have in your mind’s eye when you wrote him/her?

How have readers responded to The Old Coal Miner's Lamp? 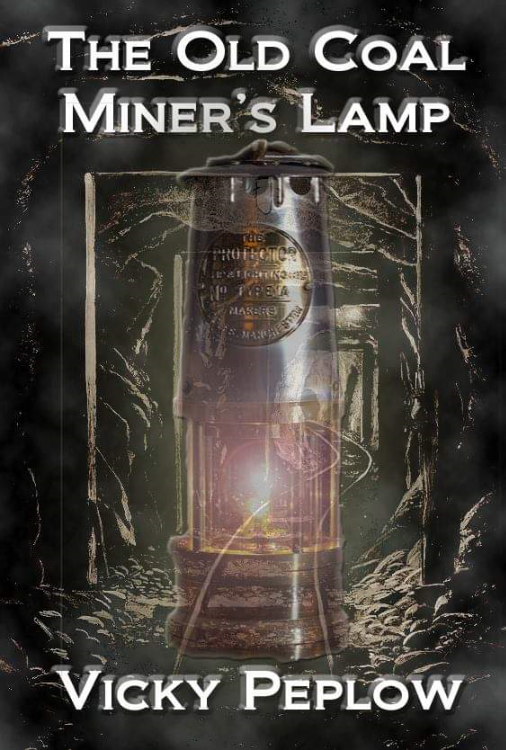 After Billy loses his life in a mining accident, he becomes the carrier of the Old Coal Miner's Lamp, helping to guide other lost souls on their way to the Light.

Mike begins having strange flashes of the past and seeks out the help to make sense of what he is going through.

Danielle answers the call to assist Mike with his visions, but when she too begins to have some strange sensations, will she continue to search for the truth or steer clear of the unknown?

Connections will be revealed and a darkness will rear its head along the way.

Will Billy, Mike, and Danielle be able to work together to overcome the obstacles and defeat the darkness?