Author of A Brand to Die For


Back in the distant mists of time, Alex spent three years at art college in Maidstone; a college that David Hockney once taught at, and later described in a piece for The Sunday Times as the 'most miserable' episode of his life. Here, Alex was responsible for producing - among other things - the college's first theatrical production in which the lead character accidentally caught fire. Following college, he found employment in the advertising industry as a copywriter. He has turned to writing fiction in the twilight years of his writing career.

His novella, 'Sleeping with the Blackbirds' - a black, comic urban fantasy, was initially written for his children in 2011 and published by PenPress. It was longlisted by the Millennium Book Awards 2018 and selected by the Indie Author Project in 2019 for distribution to public libraries across the US and Canada.

In 2014 his short story, 'Scared to Death' - the fictionalised account of the first British serviceman to be executed for cowardice during the First World War, was published in an anthology ('The Clock Struck War') by Mardibooks along with 22 other short stories to mark the centenary of the Great War.

Alex's psychological thriller, 'The Chair Man' set in London following the terrorist attack in 2005 was published as an e-book by Fizgig Press in 2019 and as a paperback in 2020. It is his first full-length novel, and was a Finalist in the Wishing Shelf Book Awards 2021.

His comic murder mystery, 'A Brand to Die For' is set in the world of advertising in 1983, and is only the second murder mystery ever set in London's adland. The first being 'Murder Must Advertise' by Dorothy L Sayers back in 1933.

Alex's claim to fame is that he is quite possibly the only person on this planet to have been inadvertently locked in a record shop on Christmas Eve. 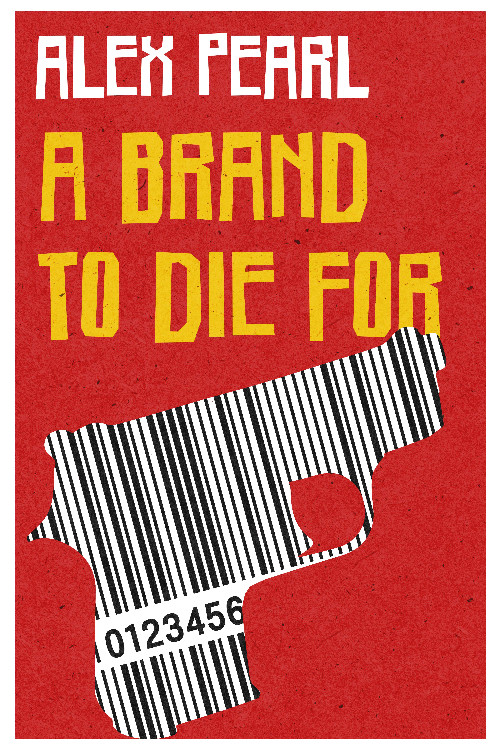 WORKING IN ADVERTISING CAN BE MURDER - LITERALLY.

It’s 1983. Margaret Thatcher has been waging war on the Argentinians in the Falkland Islands. The miners are about to wage war on Margaret Thatcher. And Angus Lovejoy, once sent down from Charterhouse for shagging the Chancellor's daughter in the cricket pavilion, has now landed a job as a copywriter at London adland’s creative hot shop Gordon Deedes Rutter where he is teamed up with art director Brian Finkle whose neurotic Jewish parents are the bane of his life. The two are an unlikely duo, but their mischievous and sardonic take on the world makes them a brilliant creative team. Everything goes swimmingly until a bizarre and mysterious murder rocks the world of Gordon Deedes Rutter and ripples out into the national media.

While the dearth of evidence leaves the police baffled, Lovejoy and Finkle take it upon themselves to apply their creative brains to solve the mystery, and in so doing, inadvertently get themselves into particularly deep water.