Author of The Goddess of the Himavan


Hello, my name is Shobana Gomes, a poet, and writer from Malaysia. I have my books published on Amazon and am the owner of an online Ebook store, Shobana's Book Station, https://shobanabookstation.blogspot.com
My website address is https://simplyshobana.net.
I have an affinity with nature. As such, I incorporate nature's intricate beauty and magnificence in every story that I conceive. I love traveling and apart from that, I create poetic memorabilia for special occasions.

Why did you title the book "The Goddess of the Himavan?"

How did you come up with the story of the flautist and the nightingale?

How has the story impacted readers so far?

Can you tell us which location you write of in this story?

Which character in The Goddess of the Himavan has had the greatest impact on readers? 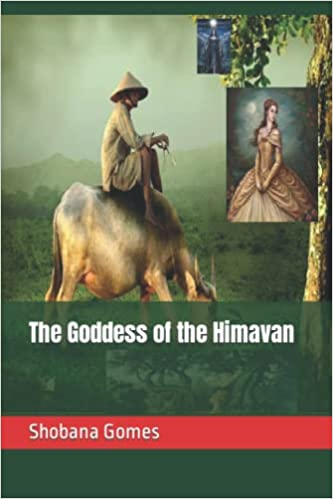 A young peasant by the name of Harinder lost his family in an avalanche up in the mountains. After an arduous time trying to escape the rubble and stones, he manages to make his way to the Kingdom of Hintrupate, wedged between a hidden valley and a veiled part of the mountain.

As he enters the Kingdom, he hears someone singing. The melodious voice enraptures him and he follows its trail which leads him to the beautiful Princess Marianetta, a woman of great valor, strength, generosity, and love.

Unknown to him, she Is the adopted daughter of the Maharaja of Hintrupate's son, Prince Abuvaya.

He sees her bathing in the river with two other maidens. He watches them from afar while listening to the lovely maiden sing, and feeling tired falls asleep in his hidden spot.

Harinder is summoned to the palace the next day.

Read what happens when Harinder enters the palace grounds. How he meets the King who issues a challenge to prosper a barren land, so he can become a subject of the mighty Kingdom. Will Harinder be able to succeed in doing the almost impossible and reap the profits of the land?

He falls in love with the beautiful princess. It goes against the Kingdom's law for a commoner like him to harbor feelings for royalty. Would his love for the princess get him into trouble with the King? Would the princess love him in return?

Then there is the dream Harinder had about the flautist and the nightingale...