Author of The Last Simple

How would you describe The Last Simple to a new reader?

So you were irritated by short chapters, and wrote a book parodying that?

Is it all about Dan Brown books?

The characters - they're self aware aren't they?

This book is different from your usual style. Will you revisit the genre in the future?

It's a very slim book, is that intentional?

Why did you change the title? And why is a fake Eifel Tower on the cover? 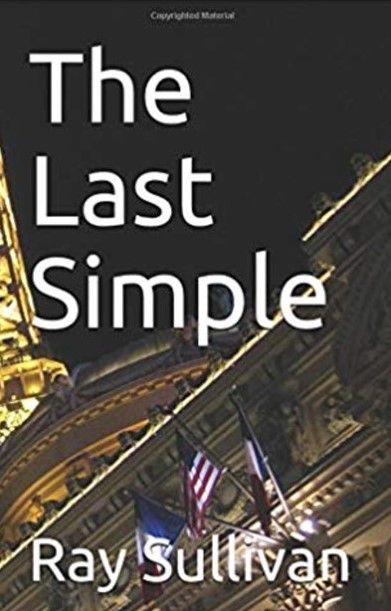 Bradford knows he’s the lead in a third rate parody. However, his ambition is to be the lead in a Dan Brown story, but doesn’t know if he has to dumb up or down for the gig.

In ‘The Last Simple’, Bradford, a professor of Simpology from Harvard, follows clues left by the illiterati, ignoranti and even the bingoranti as he tries to track down the kidnapper of Lord Bartholomew. Aided by Lord Bartholomew’s daughter, Lady Bartholomew, and her loathsome manservant Belsen, Bradford has to evade arrest by not one, but two Buffoons of a Copper while bouncing around the renowned cultural centres of Northern England, from Lincoln Cathedral to Blackpool Tower.

Aided by Surly Teabing, the rudest man in England, while dodging Teabing’s servant Snivell, Bradford finds himself in a race against time, logic, bad jokes, ridiculous puns and awful gags as he searches for the Last Simple in an improbable if unbelievable storyline.

This a laugh a minute book, assuming you’re a very fast reader.Includes the Christmas Special and at least one deleted chapter (the one that can still be read – the others were, er, deleted)Warning – contains flash photography (actually it doesn’t, I just wanted to say that as it sounds cool on the news)