Author of The Body In The Trees

How would you describe The Body In The Trees to a new reader?

What was the inspiration behind the Bowman Of The Yard series ?

What's the future for the series?

Which character in the Bowman Of The Yard series has had the greatest impact on readers?

If The Body In The Trees were to be adapted for TV or film, who would you see in the lead role? Who did you have in your mind’s eye when you wrote him/her?

How have readers responded to The Body In The Trees? 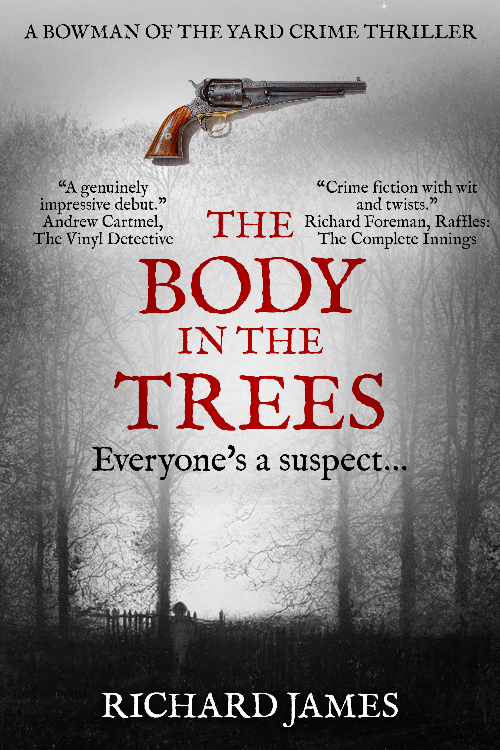 Accompanied by the trusted Sergeant Graves, Detective Inspector George Bowman finds himself in Larton, a sleepy village on the River Thames. A series of supposed suicides has opened up old wounds between the locals and a gypsy camp in the woods.

The detectives are viewed with suspicion as the villagers close ranks against their investigation, even more so when Bowman succumbs to visions of his dead wife. His sanity in the balance, it’s not long before he places Graves himself in danger, risking the wrath of the Commissioner of Scotland Yard.

Is Bowman in full possession of his wits?

As village life continues and a link between the suicides is discovered, Bowman finds himself ensnared in the machinations of a secret society, with a figure at its head who will stop at nothing to escape justice.

Soon, the inspector is embroiled in a case that began on the dusty plains of Africa, and ends at the gates of a lunatic asylum.