Stephanie Andrews would prefer you didn't really know anything about her. Suffice to say, she likes her crime stories with a bit of humor, and hopes you do too!

How would you describe Chicago Blue to a new reader?

What makes the book unusual?

Who has inspired you?

Chicago Blue is a real page turner. How important was it to you to write with pace and energy?

If Chicago Blue were to be adapted for TV or film, who would you see in the lead role? Who did you have in your mind’s eye when you wrote him/her?

How have readers responded to the book? 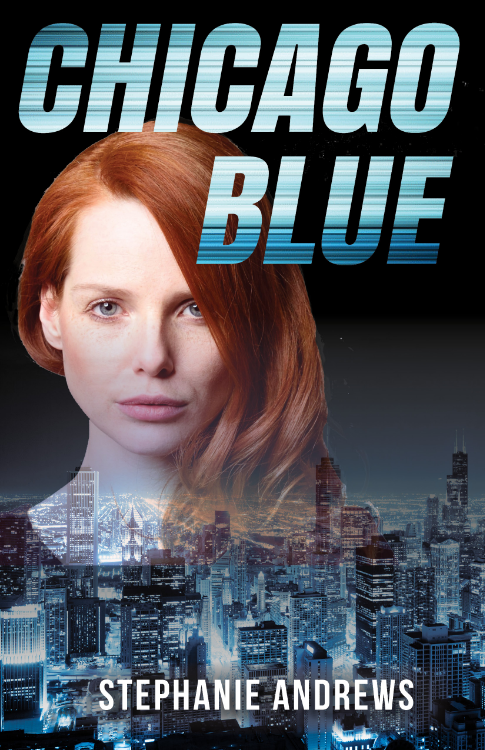 She's not a karate expert.
She can't pick a lock.
And she certainly isn't a master of disguise...

But Riley is stubborn, and this is her city. She's not going down without a fight!

If you like female characters who are strong, funny, and real, then you're going to love Kay Riley, a Chicago cop wrongly accused of a terrorist bombing, and on the run for her life. A wiser woman might flee the country, but Riley is determined to clear her name. Armed with a quick wit and some friends who don't mind breaking a few laws, Riley becomes an amateur vigilante. Can she stop the killer before they strike again?