Author of Tell Me Why


Ruth O’Neill grew up in the ancient Roman city of Bath England, a beautiful peaceful city whose locations are often referred to in her first book ‘Sunshine & Tears’.
Ruth has always enjoyed helping others and is very committed to her job as a Teaching Assistant for literacy, where she supports young people with Special Educational Needs & Disabilities at the City Academy Bristol.
Ruth has one son and two step children as well as three young grandchildren who now take up a big part of my life.
She lives in Bristol, the South West part of England with her long term partner.

When did you first realise you wanted to be a writer?

What was the inspiration behind Tell Me Why ?

Where do you get your ideas from?

How long does it take you to write a book?

What is your work schedule like when you’re writing?

What would you say is your writing quirk?

Have you ever gotten writer's block?

If Tell Me Why were to be adapted for TV or film, who would you see in the lead role? Who did you have in your mind’s eye when you wrote him/her?

Tell us about your book Tell Me Why? 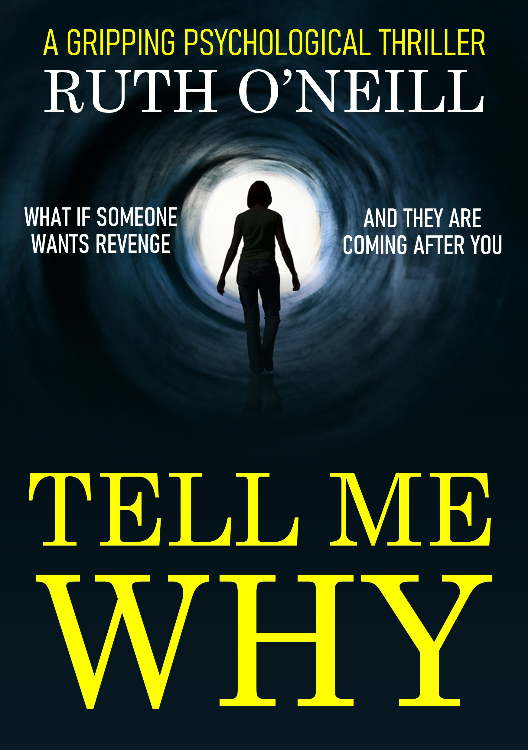 Lauren Adams is just an ordinary single girl, until one split-second decision throws her life into crisis.
When she meets the handsome and intriguing Max Davies during a girls’ weekend away, she can’t believe her luck. But it soon turns out to be her biggest mistake.
Max gets accused of murder, a murder that allegedly happened on the same night he and Lauren met.
Is Max really the man she thinks he is? Is he really innocent of murder? And why does Lauren hear him late at night, building something in the basement – a basement he’s made clear is out of
bounds?
Tell me why follows a woman who just wants to be loved, but who instead ends up in a tangled web of lies, deceit, and terror.
A chilling read you won’t stop talking about.