Author of The Phantom In The Fog

The Phantom In The Fog is the last in the current Bowman Of The Yard series. How did it feel writing the final story?

Tell us a little of the events in The phantom In The Fog.

Can you tell us a little about the historical events in your book?

What are the benefits of writing a series rather than a standalone story?

Will you miss the characters?

Which is your favourite character to write for?

Where do you get your ideas from?

How have readers responded to The Phantom In The Fog?

What are the main challenges facing a writer? 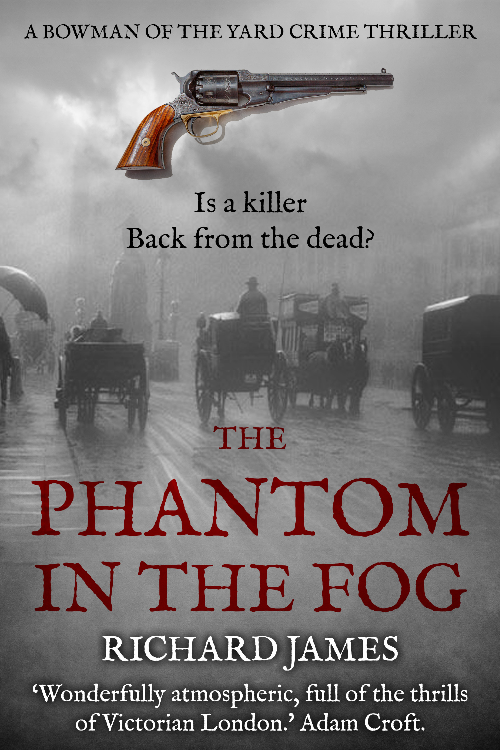 Following a manic episode, Detective Inspector George Bowman recovers in Colney Hatch lunatic asylum. He is surprised when Elizabeth Morley, an acquaintance who had sought to offer him comfort following the death of his wife, pays an unexpected visit with news of an intriguing case.
​
A mythical figure - christened Jumping Jack by the salacious press - has returned to the streets of London, leaving a trail of death in his wake.
​
Bowman calls upon Sergeant Graves to act as his agent in the outside world, resulting in his erstwhile companion being subjected to the wrath of Graves' new superior, the recently promoted Detective Superintendent Callaghan.
​
Graves is taken off the investigation and ordered to look into an issue of fraud at The Royal Armitage Bank. As his enquiries continue, however, it becomes clear the two cases may be linked.
​
As the killer strikes again and the citizens of London grow convinced they are in the grip of a supernatural force, Inspector Bowman must rely upon what's left of his wits, an improvised map of London on his bedside wall and the memory of an investigation from his days as a detective sergeant.
​
Does a series of crimes from a decade ago hold the key to the current atrocities being committed in the fogbound streets of London?
​
Bowman must solve the crime from his hospital ward to enable his colleagues to confront the killer among them.