After 4 years in the military belonging of one of the "alphabet" agencies, I know how far these agencies will go to protect national security. I also know how far they will go to cover up their activities. It is from this perspective that I wrote Alphabet Soup.

How would you describe Alphabet Soup to a new reader?

What was the inspiration behind Alphabet Soup ?

Which character in Alphabet Soup has had the greatest impact on readers?

If Alphabet Soup were to be adapted for TV or film, who would you see in the lead role? Who did you have in your mind’s eye when you wrote him/her?

How have readers responded to Alphabet Soup? 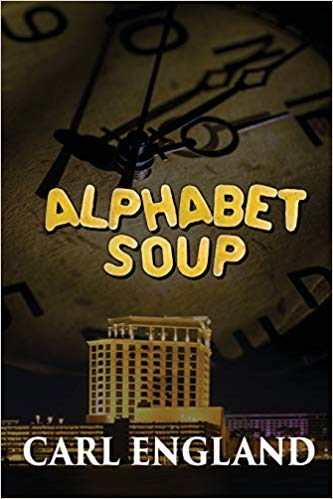 Our government is populated with a myriad of agencies referred to only by their initials. Within each of these "Alphabet" agencies are countless other agencies, each of them adding to the "Soup." Three members of an elite, secret team have stumbled upon a mystery. What actually happened while they were on a temporary assignment in Biloxi, Mississippi? Holly remembers the trip to Biloxi one way, but Mark remembers the events entirely differently. And Larry—well Larry can't even remember being there. There is only one possible explanation—someone has tampered with and/or erased their memories. What could have happened in Biloxi that was so terrible that such extreme measures would be necessary? The clues: Before Larry's memories were erased, he sent emails to himself, Holly and Mark. Each of the emails contained links to encrypted files. Once those files were decrypted, they would form a puzzle that only the three of them can piece together. But there is at least one person who is willing to do anything to prevent that puzzle from being assembled. Holly, Mark and Larry race against the clock just to stay alive while attempting to solve the mystery.