Author of Make it happen


Fondly nicknamed Madame Whiplash, J.R Hope is a fun-loving author, she stems from a small town in the heart of Lancashire, a mum of 5 who is engaged to a sci-fi author she normally enjoys writing poems, she has a passion for reading and decided to use her very innovative and vivid imagination as well as her open and at times seductive mind.

Writing for her is fun, she wants her readers to enjoy her books while being transported to a fantasy world when only their imagination is the limit

How would you describe make it happen to a new reader?

What was the inspiration behind make it happen ?

Which character in make it happen has had the greatest impact on readers?

If make it happen were to be adapted for TV or film, who would you see in the lead role? Who did you have in your mind’s eye when you wrote him/her?

How have readers responded to make it happen? 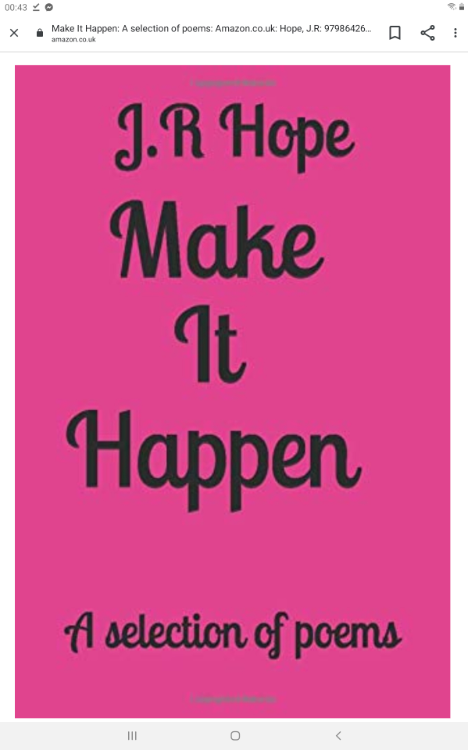 A selection of poems wrote when times were hard, or tough, they are all very personal and come from the heart