Author of Dead in the Stacks: The Curious Librarian Cozy Mystery #1

How would you describe Dead in the Stacks to a new reader?

To what extent is Dead in the Stacks based on your own experiences?

Why did you decide to write this book?

Dead in the Stacks is an absorbing read. How important was it to you to write with pace and energy?

Why do your chapters have titles?

How have readers responded to Dead in the Stacks? 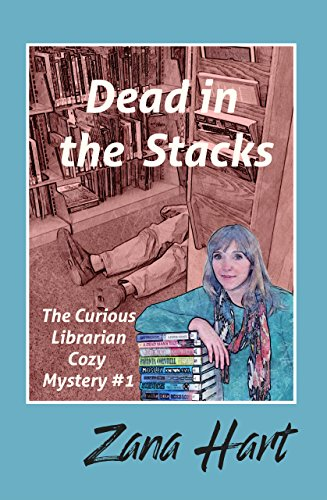 The Silvermine Public Library had never had a dead body on the floor before. The body was that of library board member Mark Wagner, and it could have been a heart attack.

But of course the possibility of murder came up. Who would have killed Mark? What about the many women he hit on, putting his big hands where they didn’t belong? What about the many people who had suffered from his rapacious real estate deals? If you counted up who was annoyed at Mark, it would be hundreds or even thousands of people in Silvermine (pop. 10,000). If you counted up who might really have done it, well, there were several suspects.

Some people were talking about the library director Lauren Long, but she had her hands full, trying to keep the momentum for a new library going forward while everyone’s attention was on the death. There was her love life to keep going, too, and then someone tried to break into her house, more than once.

Was she marked for murder? In this story, the first of the Curious Librarian Cozy Mystery series, author and librarian Zana Hart weaves a tale that leaves red herrings all over the library.