Author of Afterworld (Next Life, #1)


Author James G Robertson is an award-winning Dark Fantasy, Dystopian, and Supernatural Horror author. He was born in a small town in Kansas, and also lived in Texas, Missouri, and New York, where he graduated college from SUNY Oswego in 2019, obtaining a bachelor’s in political science with a theatre minor. He has also received an associate’s degree in information network technology, which he received in 2012 from Pratt Community College. His first book, Afterworld, was published on May 1st, 2020. If you wish to know anything else, connect with him on twitter or using the contact page on the official website https://nextlifeuniverse.com

How would you describe Afterworld to a new reader?

What was the inspiration behind Afterworld?

Which character in Afterworld has had the greatest impact on readers?

If Afterworld were to be adapted for TV or film, who would you see in the lead role? Who did you have in your mind’s eye when you wrote him/her?

How have readers responded to Afterworld? 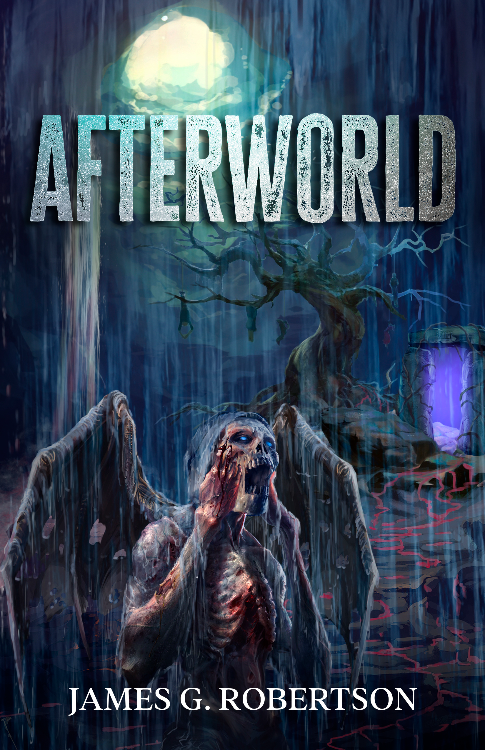 Death comes, and misery follows. As a man in his early twenties, Leon never genuinely contemplated what would happen after his death. Like those before him, he never understood the truth of our universe. After his sudden demise, the terrorizing reality of a mysterious dystopian afterlife begins crushing him as it has those prior. Men have started enslaving and killing each other to sate their greed while enigmatic creatures oppress the masses. Only a select few have shown the courage that is needed to challenge their supremacy.

Through this eclipsing darkness, there is hope. But will that hope prove to be enough to save this turbulent cosmos? The revelations of advanced science, magic, human savagery, and even our gods will be showcased. Both in a new light and disturbing darkness, will the verities of Earth and Afterworld give Leon a greater understanding of our universe; or in turn, break him as they have done to so many before?