Christian Frank is an experienced radio presenter/writer/ producer with many broadcast hours of freelance work for local BBC Radio. Since March 1995 he has written and presented voluntary weekly shows ‘The Lemon Circus ‘for the patients at Captain James Cook University Hospital, including ‘Write-Off!’ a radio sitcom that ran for four series. From August 2007 until June 2016 his weekly shows continued at North Tees Hospital (Radio Stitch) where he has been nominated for several HBA Awards. Recent shows for ‘Veterans Families Radio’ and ‘CVFM ‘are uploaded onto the internet via Mixcloud where they attract a global listener-ship consistently topping the comedy, news, and community radio charts. Worked with VikingFM and MetroFM in the Creative Services department. Taken part in the BBC Radio 1 and Radio 4 stand-up open mic award. Written a stage play for GCSE examinations for year 11 Drama students. Completed with honours a University degree in Media Technology and workshop driven course ‘Advanced Screenwriting'. Member of The Writers Bureau and has had work short-listed for publication in the 'Deadpan' comedy magazine. He made his TV debut by appearing as an extra in the New Zealand soap opera ‘Shortland Street’. Christian lives in Teesside, married to Joanne with 5 children.

What’s the book 'Leavers Assembly' about?

What does the title 'Leavers Assembly' mean?

What inspired you to write 'Leavers Assembly'?

Which character in 'Leavers Assembly' was inspired by a real person?

Can you tell us a little about the locations in 'Leavers Assembly' ?

How long did it take you to write 'Leavers Assembly' ?

Does 'Leavers Assembly' have a soundtrack?

When did you write your first book and how old were you?

What is your favourite childhood book? 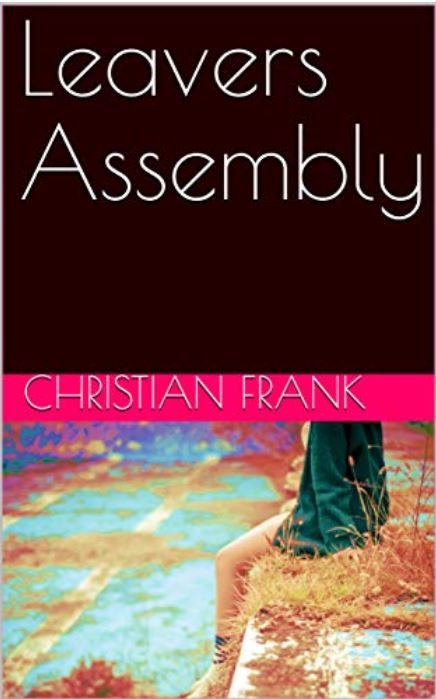 This 'Back to the Future' meets 'Butterfly Effect' time travel fantasy casts Craig, a 45 year old father and separated husband, back into 1988 alongside his old school friend and partner in crime, Anthony, a much more free spirit. Returned now as teenagers they must relive those harsh formative years of growing up in the industrial North East under the watchful eye of God, the Devil and with far more scrutiny... his future wife.

Inspired by the spiritual thought: 'When Does God Know We're Criminally Responsible?'

"Very well written and thought out. I absolutely love the plot and story." - Heather Spinks

For over thirty years school friends Craig and Anthony have avoided punishment for their part in a tragic crime. Unfortunately, they’re now facing eternal damnation. However, God requires a walk-through of those crucial events to decide whether an adult soul should be convicted on youthful testimony.

Both men are thrown back to a long-lost Easter holiday to leave behind a teenage trail of incriminating evidence as they retrace those catastrophic steps to the bitter end.Two virtual strangers must figure out the best form of defence is not to point the finger, but to face one’s own demons; those personally repressed in childhood... and very actual hellish beasts.

"I was entertained all the way through." - Joel Newnham

Christian Frank, writer and presenter of the Mixcloud award nominated and HBA shortlisted weekly radio show 'The Lemon Circus' for twenty-five years finally turns his hand to the novel.