How would you describe Journeymen II: Day of Reckoning to a new reader?

So, Journeymen II: Day of Reckoning is a sequel?

Is this the last episode of the Journeymen?

Did you find it difficult revisiting the Journeymen concept? 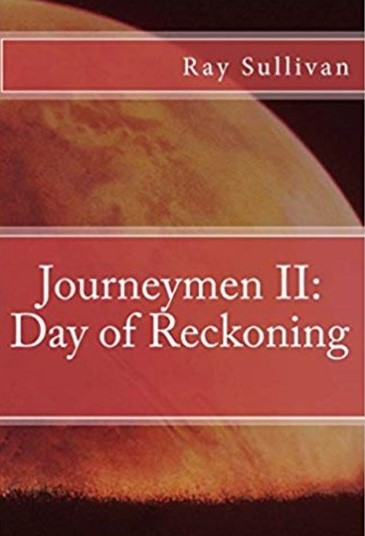 It is four years after the dramatic events at Jodrell Bank and the Journeymen have decided that their tasking is functionally complete. They have secured the Colonist DNA and, over the last six thousand years, have driven the inhabitants of Earth to develop the technology to transport it back to the Home Planet. They no longer need to pander to the Colonists and can start to rule the planet first-hand, instead of pulling the strings in the background. They know that the only impediment to taking complete overt control are the Sons of Arlgon, who won’t want to see the Earth controlled by Journeymen for Journeymen purposes.

The High Council decides that they need to quash the Sons once and for all in a mass cull, in a day of reckoning, that will keep them in their place while power is wrested from the Colonists.

After attending the funeral of a friend killed by Journeymen, Cheshire Police detective Alan Thomas is approached by John Markerson to help the Sons thwart the Journeymen and once again finds himself dragged into the complex and dangerous world inhabited by both the Journeymen and the Sons of Arlgon. He quickly finds himself rubbing up against Detective Inspector Strong of the Metropolitan Police, an up and coming Journeyman with a taste for power and a total disregard for human life, and is rapidly drawn into dark and dangerous waters on the eve of the cull, in a zero sum game as he tries to eliminate Strong before Strong eliminates Alan in a heart stopping finale.