Author of The Acolyte & The Amulet


Before his words found their way into print, John snapped the Eyesore of the Week for the Queens Ledger. He is the author of the novels Shades of Luz, Disposable Heroes, and the Fantasy/Adventure The Acolyte & The Amulet, which is something of a nod to both Terry Pratchett and Ursula K. Le Guin. Book 2 of the Nebilon Series, Quest for the Hope Box, is set for a July 2020 release. He received his MFA in Creative Writing from Pacific University.

How would you describe "The Acolyte & The Amulet" to a new reader?

What was the inspiration behind "The Acolyte & The Amulet" ?

Which character in "iThe Acolyte & The Amulet" has had the greatest impact on readers?

If "The Acolyte & The Amulet" were to be adapted for TV or film, who would you see in the lead role? Who did you have in your mind’s eye when you wrote him/her?

What types of creatures are in Nebilon? 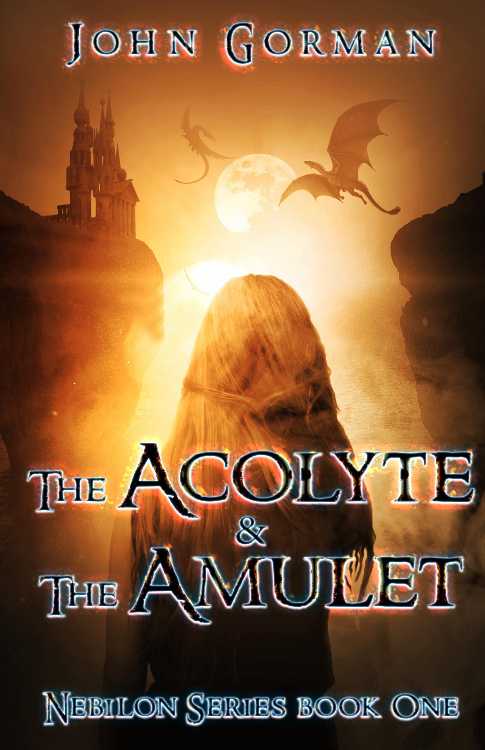 When Glanzing steals the legendary book of counterspells, the fate of Nebilon falls into his clumsy hands. He regrets the terrible burden, but must find a Master Mender to restore it. With the help of the precocious Seer, Luma and the brash dwarf, Vigo, Glanzing goes to the remote Isle of Pōg seeking advice from the oldest Order of wizards. Turns out, they have an important score to settle and the Archmage Belpatha sends the voyagers on a dangerous mission to stop the evil wizard Veldish from unleashing his dark magic onto the eastern realms and retrieve the sacred amulet. But will the voyagers have enough courage and strength to match the dark forces unfurling?