Author of The Downtown Massive-Book One

What was the inspiration behind The Downtown Massive-Book One ?

Which character in The Downtown Massive-Book One has had the greatest impact on readers?

If The Downtown Massive-Book One were to be adapted for TV or film, who would you see in the lead role? Who did you have in your mind’s eye when you wrote him/her?

How have readers responded to The Downtown-Massive-Book One? 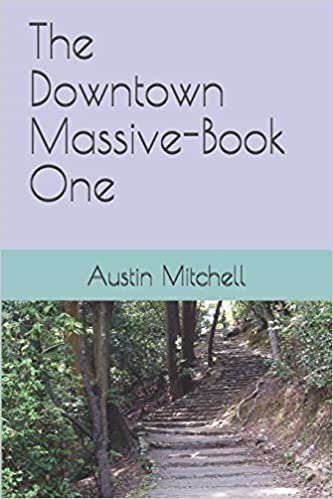 THE DOWNTOWN MASSIVE-BOOK ONE
Synopsis
By Austin Mitchell

Main Characters in this story are: Errol Douse, Bobby Deacon, Myra Livingstone, Digger Lobban,
Del, Shadow, Coltrane and Shorty Paul.
Our story opens with Douse meeting one of his former enemies, now turned friend, Tad. Tad is on the hunt for Bus-up, who tricked his Don, Shadown, out of a considerable amount of money. Douse is just coming from prison after slashing up a man named Shorty Paul in a fight over a woman, named Hortense. Tad reveals that he has recently been deported from the United States for selling marijuana. They go to have lunch at a restaurant on Orange Street. They have just finished eating when Tad receives a call from Sam, also recently deported from Canada. He tells Tad that he was following, Bus-up, Downtown when he gave him the slip. Douse goes with Tad to meet Sam. He is another enemy of Douse, turned friend. What really happened was that after Phantom, the leader of the 54 Roads Crew in Downtown, Kingston, was shot and killed by unknown assailants, his two deputies, Shadow and Cassius, were engaged in a vicious turf war. Douse went to fight for Cassius, while Tad and Sam were firing guns for Shadow.
Cassius was brutally gunned down in 1999 by unknown assailants. However to this day many persons believed that it was Shadow who had ordered his assassination. Douse refused Shadow’s attempt to recruit him as on of his fighters. Instead, he was hired by Hortense, to drive one of her taxis. They soon became lovers, sparking off an enmity with one of her lovers, Shorty Paul. He accused Douse of robbing her and attacked him and Douse slashed him up and got a nine month prison sentence.
Douse rides on Tad’s bike up to where Sam was waiting on them. He said Bus-up may have slipped away when a truck blocked the road. Douse returns Downtownon. Tad updates him about Shadow. He said that other persons had entered the Downtown, Kigston landscape and were competing with Shadow for space. War was likely to break out anytime soon. Douse is left thinking that his former cellmate, Bobby Deacon might be one of the players involved.
On the way back to where he is staying in Franklyn Town with his sister, he has to fight off an attempted carjacking by two men. That same night, his brother in law is shot and killed. Douse suspects that it was the same two men and he was their intended victim.
Some weeks later, Bobby Deacon and his fighters have to flee their base following an attack by Coltrane’s forces. He is betrayed by Shadow, who promised to help him repel any attack by Coltrane but pulled out his forces at the last moment leaving him exposed on several fronts. He lost three of his fighters in the battle. They have to fight a running gun battle with Coltrane’s forces and they lost one man.
Bobby Deacon and his crew have to be hiding in their safe houses and be on the dodge from the police. For his treachery, they have passed a death sentence on Shadow. Their spy reported that Coltrane has paid off rogue elements in the police force to hunt them down and kill them. In the meantime Douse is driving his brother in law’s taxi. He is fearful as he now believes that the two men who killed Barry are members of Shorty Paul’s crew. Shorty Paul is in prison, serving eight months for slashing up another man. Douse witnessses the same men killing a fellow taxi driver. He escapes but the

men shoot up his car. Douse becomes restive and is tempted to go for his gun and go after Barry’s killers or join Bobby Deacon’s syndicate. Things start to happen, Shorty Paul is released
from prison. Hitman, Digger Lobban, another of Douse’s enemies, returns to Jamaica after carrying out a series of hits in Britain and the United States. He is immediately contracted by Coltrane to hunt down and destroy Bobby Deacon and his crew. The heat is put on Douse when it is revealed that he and Bobby Deacon were once cellmates. Bus-up, who is now a loader man, is employed by Digger to spy on Douse. More heat is turned on Douse when Shorty Paul teams up with Digger Lobban’s crew to hunt him down. He and his sister have to flee their house in Franklyn Town. Later that night marauding gunmen attack their former residence, killing several dogs in the yard and forcing their neighbors to flee the community. All this is driving Douse to join Bobby Deacon’s syndicate and take up the gun again. By the way Tad and Sam have remigrated. Sam bought a visa and went to England. Tad returned to the United States, vowing to do something bad to the man who made him get deported. This is a short synopsis on The Downtown Massive-Book one.