Author of Wizard of Wigwash - The Adventures of Johnny the Penguin


Ginny Stone—an author, columnist and blogger, originally hails from Zimbabwe. She grew up in Malawi, then moved to South Africa, finished school and started adult life in Somerset West. Her first real job was as a secretary at a nuclear research institute, which her family found hilarious, considering she had “Hope Abandoned” written on her high school physics report. Stone eventually ran the outreach department at iThemba LABS—a multi-disciplinary research laboratory, until she and her husband, a materials scientist, moved to Springs in Gauteng, SA in 2007. (Stone is fond of saying that she has a PhD—she married him!)
Although she’d been scribbling for most of her life, this move proved to be the real start of Stone’s writing career. Since 2007 she’s had seventeen books published, three of them have been translated into seven different languages and another recently won an international award. She has self-published eight books, two of which are a direct result of having written a weekly column in a local newspaper for over eight years—A Dog’s Blog.
When she’s not writing, she develops and designs educational games, for both schools and industry, which are being used around the country.
Stone adores reading, fabric painting, gardening, mosaicking and walking in nature. She lives with her husband in a rambling old house with a variety of extended family members—a sprightly mother who is 85-years young, arty daughter, her significant other and teensy baby, not to mention her step-son who is well on his way to being a vet. In addition to this human zoo, they also have two rescue cats and a very neurotic, yet adorable, sausage dog. Stone also has a lovely elder daughter who is a foundation phase teacher, happily married and lives in Cape Town with their delightful seven-year-old daughter.

How would you describe 'Wizard of Wigwash - The Adventures of Johnny the Penguin' to a new reader?

What was the inspiration behind 'Wizard of Wigwash - The Adventures of Johnny the Penguin'?

Which character in 'Wizard of Wigwash - the Adventures of Johnny the Penguin' has had the greatest impact on readers?

If 'Wizard of Wigwash - The Adventures of Johnny the Penguin' were to be adapted for TV or film, who would you see in the lead role? Who did you have in your mind’s eye when you wrote him/her?

How have readers responded to 'Wizard of Wigwash - The Adventures of Johnny the Penguin'. 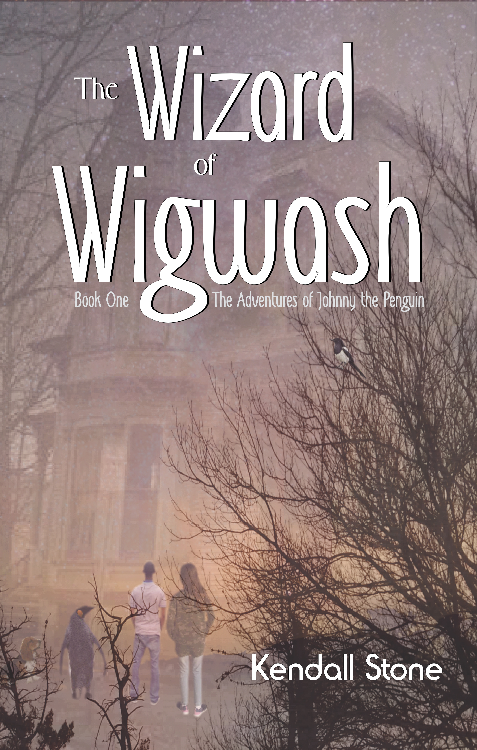 Imagine being afflicted with an atrocious disease and not even realising that you have it?

Ten-year-old Paul Balo has a rare genetic disorder which makes him smell like fish bait. His life is a miserable cycle of being nagged by his family to shower more often and being bullied by his peers. His only friends are a penguin named Johnny that understandably thinks he smells delightful and Polo, a rumbustious mutt, destined for the dog pound.

Paul’s camp money has been stolen by bullies and he’s too afraid to tell his parents that he’s not actually going—they are convinced that school camp will be the making of their smelly son. Johnny saves the day by spiriting Paul and Polo off to the magical land of Wigwash for a week of fun instead. Without his parents’ consent of course.

But things don’t work out quite as Johnny planned.

The innkeeper’s daughter convinces Paul to disobey an order and they inadvertently find themselves in a time when Wizards were evil and life was decidedly tough. Can Johnny save his friend? Will Paul ever see his family again?

This is a whimsical story about Wizards, a magical land, courage and… custard!