Geoff Nelder lives in Chester with his physicist wife, within easy cycle rides of the Welsh mountains.
Geoff is a former teacher, now an editor, writer and fiction competition judge. His novels include Scifi: Exit, Pursued by Bee; The ARIA trilogy; The Chaos of Mokii; thrillers: Escaping Reality, Hot Air.
Recent: historical fantasy inspired by the mass abduction of the population of Malta’s Gozo in 1551 by pirates. Those 5,000 spirits need justice: Xaghra’s Revenge (July 2017)
Collections: Incremental– 25 surreal tales more mental than incremental.
Suppose We, a science fiction / surreal novella out early 2019

What inspired you to write XAGHRA’S REVENGE?

Are the characters based on real people?

Have you ever needed to publish under a pseudonym?

Do you try more to be original or to deliver to readers what they want?

How would you feel if no one showed up at your book signing?

Writers are often believed to have a Muse, your thoughts on that?

Had any of your literary teachers ever tell you growing up that you were going to become a published writer one day? 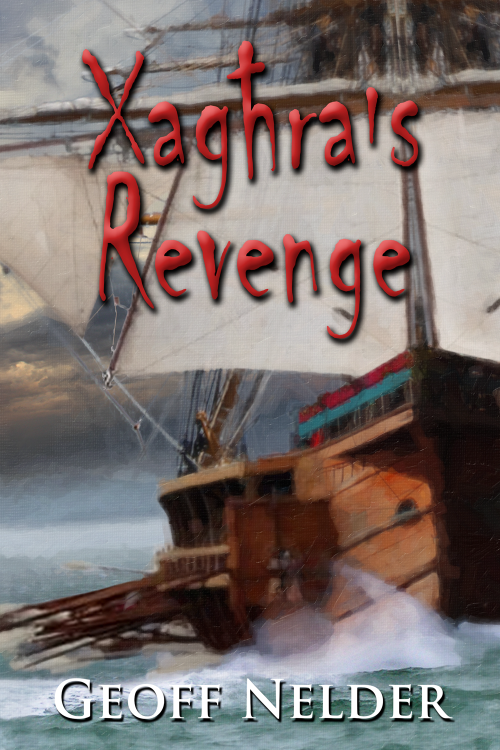 In 1551 pirates abducted the entire population of the Mediterranean island of Gozo. 5,000 people were forced onto 150 galleys, and taken to slave auctions in Libya and Constantinople. The loudest crying babies, the sick and old were thrown overboard! Lidia was taken to a harem. Separated from her husband, she swore to escape partly because she experiences more than a good catholic girl should. Her husband, now a slave, also seeks escape to reunite with Lidia and their baby son hidden by her father on Gozo. Meanwhile, in present-day France, a man and woman are thrown together by ancient spirits. One is descended from the abductees, the other from the pirates, but which is which?