John Braddock was a case officer at the CIA. He developed, recruited and handled sources on weapons proliferation, counter-terrorism and political-military issues. A former university research fellow, he now consults on unstructured problems.

Note: This interview has been cleared by the CIA's Publication Review Board (PRB)

John, could you take us through your writing process? Many of our readers also write – both fiction and non-fiction. To what extent has your career with the CIA conditioned your writing routine?

It feels the same way when I write the Spy's Guide series. It's a way to make all the risks and dangers of being a spy more worthwhile and useful.

The CIA is portrayed in various ways in books and movies. Which portrayal do you feel is closest to the reality? Is there a version – in a book or movie – which you really hate?

John: The movie recommended to me by the CIA's Head of Recruitment was Ronin, with Robert De Niro and directed by John Frankenheimer. It's a classic spy thriller in that there's a McGuffin, femme fatale and a hero using cover in a novel way. The reason the Head of Recruitment would recommend it is the main character is alone, building a network and figuring out who to trust in the midst of ambiguity. That's the life of a spy.

John: In my consulting, I focus on the first three parts of the Data-Analysis-Decision-Action framework in A Spy's Guide To Thinking. In a company, just like in government, you start with the decision-maker. You ask the people with real power about the actions they'll take in the future. Then you work backward to the decisions behind those actions. And you work backward again to the data and analytics they'll need to make good decisions.

When consulting, I tell spy stories. Before telling spy stories, I need to get them approved by the CIA, which meant writing them down. That's one reason the Spy's Guide series was born.

After four years, A Spy's Guide To Thinking is still a top-ranked Kindle Single, and A Spy's Guide To Strategy has better reviews. They've been translated into Japanese, Russian and Korean, and some Hollywood people are trying to figure out how to turn the series into a show.

You've written fiction and non-fiction. How do they differ for a writer?

John: Non-fiction is finding a way to help people learn something new and useful. The Spy's Guide series does that by unfolding the learning with a story. In the coming A Spy's Guide To Taking Risks, there's a structured way to think about risks when fear is in your throat. The story that unfolds with the learning is my first day in alias in a foreign country.

Fiction is story first. The 24th Name series is a knight errant story that teaches you how to fight in elevators. There's some learning, if you're looking for it. But you can also ignore it and enjoy the story.

Which writers do you particularly admire?

John: I like reading writers who have done things and figured out a way to make sense of things they've done and seen.

We don't all have a career in the CIA to write about – perhaps that's just as well. What advice would you give to an aspiring writer in a boring job? A really, seriously dull one? 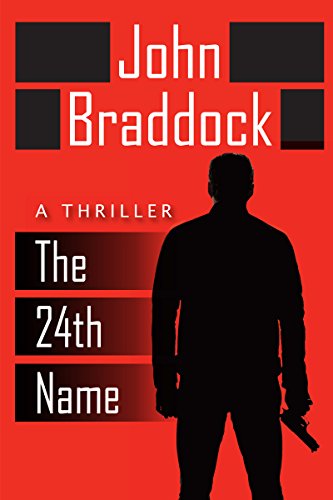 Questions about 'The 24th Name'

The 24th Name is a work of fiction, but it also resembles your guides to thinking and strategy in tone. Do you see these books as interdependent in some way?

Come clean, John, is The 24th Name autobiographical? The protoganist tells us he's written some books about the CIA . . .

John: It's better read as fiction.

The 24th Name interleaves two stories to create a complex whole. How did you set about plotting this, and what did you find most satisfying about the process?

John: Fortunately, satisfying myself isn't the goal. I'm trying to make something that satisfies the reader, and that takes a lot of thinking and strategy (and some risk taking).

Have you had much feedback from your old colleagues? How does The Agency feel about one of their own spilling the beans?

John: Everything I write goes through the CIA's Publications Review Board, so no beans are being spilled.

Spies take whatever they can learn from wherever they can. Some of their mental models are probably better than mine, but mine are written down, so they can take what they want. The feedback has been great, and they appreciate that I didn't use a ghost writer, so the voice is someone they recognize.

You've opted for quite short, fast-paced books. Could you take us through your approach?

What's next on the fiction front? Are you working on something now? And how can your readers keep track of you?

John: Next on the fiction front is either the third part of The 24th Name or the second part of the historical fiction series for kids (The Adventures of Young John Quincy Adams). Schools are reading the John Quincy Adams series in class, so I'd like to get them the next one (Ben Franklin's Spy) soon.

Joining the email list at spysguide.com is the best way to keep track. You'll get some history of the Spy's Guide series, plus more that isn't in the blog or the books.

A Spy's Guide to Taking Risks is available for pre-order now: https://www.amazon.com/dp/B07V9YSXV2 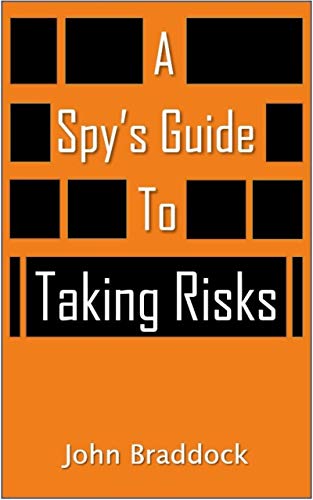 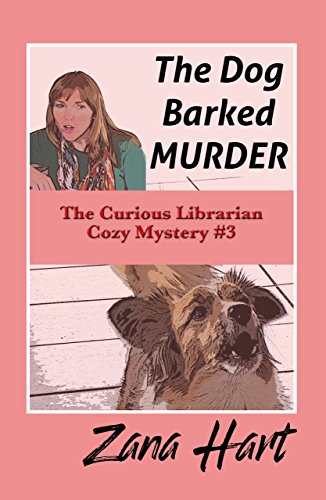