Author of The Devil In The Dock

What can we expect from The Devil In The Dock?

Do readers have to have read the previous book?

So, what has happened to George Bowman since the last book?

Do you enjoy writing the characters in the Bowman Of The Yard books?

How can readers get the short stories?

How would you describe The Devil In The Dock?

Do you get emotionally invested with your characters?

What about some of the supporting characters you mentioned?

The Devil In The Dock is set around London's Tower Bridge and the docks. How much research was required?

What does the future hold for Inspector Bowman? 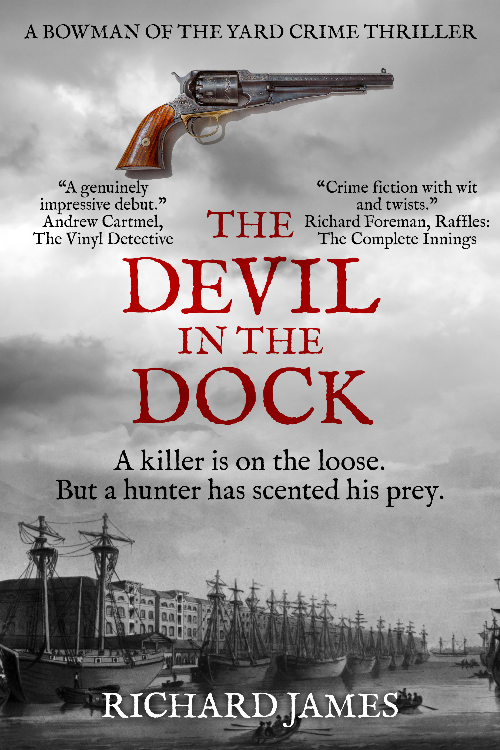 No longer trusted by Scotland Yard because of his unpredictable behaviour, Detective Inspector George Bowman is despatched to London’s docks on a security detail.

But he is soon plunged into a world of extortion and murder.

When his colleague Sergeant Graves investigates a corpse discovered in Drury Lane, the two detectives soon realise they are working on the same case.

But are the two men exceeding their authority?

Bowman is brought to task by the Special Irish Branch for interfering with their investigation into Fenian activity at the docks. Bowman has more questions than answers. A piece is missing from the puzzle.

Still haunted by his part in his wife’s death, Bowman struggles to keep his sanity and find a link that connects crime across the capital. Cautioned for his erratic mental state by his superiors, the inspector’s very career is at stake.

His life becomes endangered too, as Bowman must face his nemesis across the newly constructed Tower Bridge and prevent a deadly strike against the heart of the Empire itself.

With the whole of Victorian London in the grip of the mysterious Kaiser, Bowman must find the strength to escape the ghosts that haunt him. Just who is the Kaiser, and what do they have to do with his wife's death?