How would you describe you book Daniel Peters to a new reader?

To what extent is Daniel Peters based on your own experiences?

Daniel Peters is a good example of this genre. Who has inspired you?

Daniel Peters, ace reporter; B-29 Found is a thrilling read, a real page turner. How important was it to you to write with pace and energy?

If Daniel Peters were to be adapted for TV or film, who would you see in the lead role? Who did you have in your mind’s eye when you wrote him/her?

How have readers responded to this book? 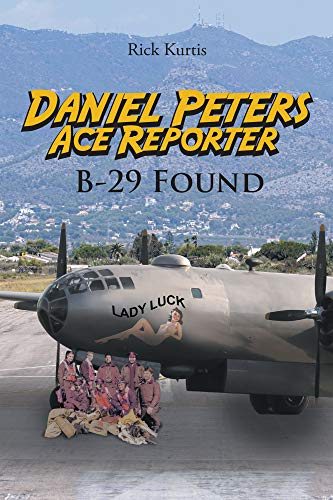 Daniel is a newspaper reporter in Chicago and is demoted after eight years, because he won't modernize to the new computers. He is given simple assignments that a copy boy could do, but being the ace that he is finds an underlined story that gets him deep into trouble. While he is dealing with his boss, a new relationship, his daughter, and his own life, he has a dream that repeats every night after fixing an old antique fan. The dream is about a plane that went down fifty years ago in the Korean War. With his mind filled, he writes down his dreams and begins to investigate the past. His boss places him on suspension because he was shot at because of his involvement in one of his award-winning articles. He becomes free to pursue his dream and find the missing plane, which takes him around the world to South Korea, where he meets a young English College student who helps him to find a person to smuggle him into North Korea. This proves to be very frightening, but he manages to find the plane and now has to get out with the crews dogtags, and back to America with the story of the century.