How would you describe Assassin to a new reader?

The UK is broken up - was Brexit a catalyst for this?

A lot of the locations in Assassin seem to be based on real places, how authentic are they?

What else did you enjoy adding to the storyline of Assassin 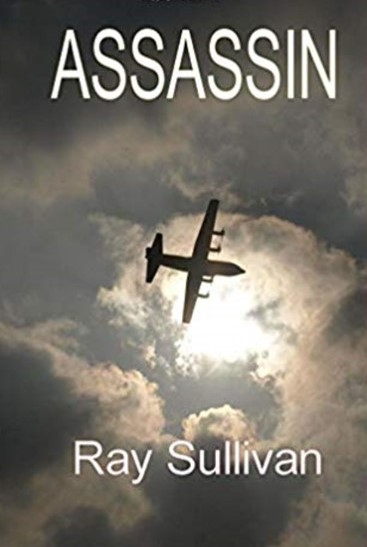 A tale of vengeance and pursuit in an age where values are distorted beyond recognition.John, an engineer, was a victim to the terrorist attack that destroyed the Queen Elizabeth the Second Bridge outside London and almost killed him with it.

While being debriefed by congress agents his family was targeted and killed by a mysterious person known only as Morris, which started a journey that resulted in John becoming a gun for hire, a dedicated killer known as the Assassin in a country that has separated itself from democracy and the rest of the world.

Some years later John finds himself holed up in a hut in Cornwall during a terrible storm with a beach bum who discovers John's secret. They are destined to spend the night stuck in each other's company while the storm plays out and John decides to tell his story of how he came to be ‘The Assassin’ as a way of proving he means his co-resident, Dave, no harm. Except Dave isn't all that he appears to be and unknown to both men there are congress soldiers staking out the hut, intent on killing one of them and capturing the other before the night is through.

As the night progresses, John's tale of his past unfolds as the present develops, and we find ourselves living his story alternately through his eyes and as a remote viewer as we discover how he took his vengeance on his family’s killer while being pursued by government agents intent on killing him. The story culminates in a dramatic chase as ground and airborne forces pursue John and Dave as they seek the ultimate sanctuary in an abandoned abbey on the English and Welsh borders.