Author of The Head In The Ice

What is Bowman Of The Yard?

What's different about George Bowman as a central character?

Who or what inspired you to write the Bowman Of The Yard series?

You mentioned this is a series, did you have each story planned out before you started?

Is there a uniting style to each of the books, or is each one different?

If The Head In The Ice were to be adapted for TV or film, who would you see in the lead role?

How have readers responded to The Head In The Ice? 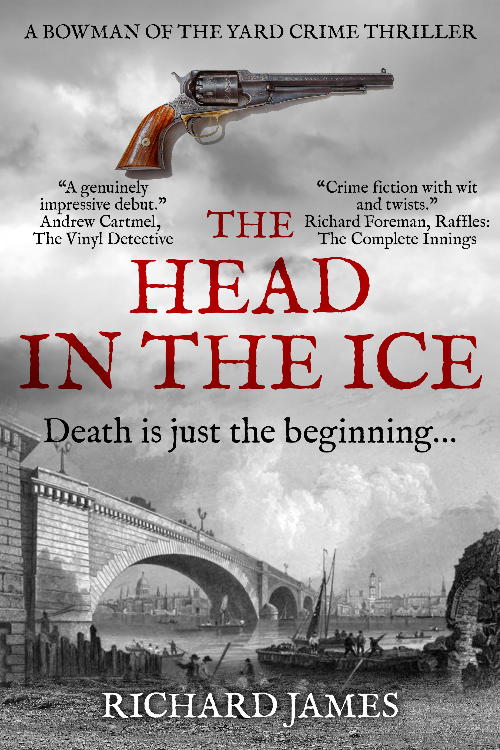 A woman’s head found in the River Thames.

Battling with feelings of guilt over his wife’s death - and having spent time recovering in an asylum - Detective Inspector George Bowman must join his colleagues, Sergeant Graves and Inspector Hicks, to discover the woman’s identity.

A deal struck with the editor of the Evening Standard to follow the investigation from within turns sour following a botched ambush on a suspect’s lair.

A false identification, a doomed visit to a Spiritualist Meeting and Graves' investigations into a ship called Nimrod all serve to bring Bowman closer to a revelation.

A chase across the frozen streets of London leads to a final confrontation on the waters of The Thames, where Bowman must face the demons that haunt him to catch the killer