Author of Short Stories of Space


Piers Horner has been obsessed by space since he was a small child. He delivered his first public talk on astronomy at the age of 14 and studied astrophysics in Cardiff University.

After gaining a PhD in 2010, Piers moved from South Wales to London and worked in the UK Civil Service for the next eight years. Astronomy has always however, been his passion. Over time he became interested in promoting lesser-known research and providing refreshing views on some of the astronomy and space stories that make the mainstream headlines.

His first book, 'Short Stories of Space', was published at the start of 2021 and explores seven topics in astronomy based on the latest research carried out in 2020. Themes include the implications of private space exploration on humanity's future in space; a 'crisis' in cosmology, and the threats posed to modern society by the violent weather of our Sun. The writing style aims to offer a richer narrative than is typically found in scientific essays, remaining accessible without compromising on the underlying science. It also mixes each story with broader themes of history, politics, ethics and humanity's wonder at the Universe.

Piers is currently writing the follow-up to his debut and has plans for several more books about astronomy and space. He also enjoys creative writing, in particular short stories, and photography.

Piers currently lives in Amsterdam with his fiancée.

How would you describe Short Stories of Space to a new reader in a single sentence?

What was the inspiration behind the book?

Do you have a favourite story in the book?

Were there any topics you didn't get to include?

What hot topics are you keeping an eye on for this year?

How have readers responded to Short Stories of Space so far?

What has been the hardest part of publishing your first book? 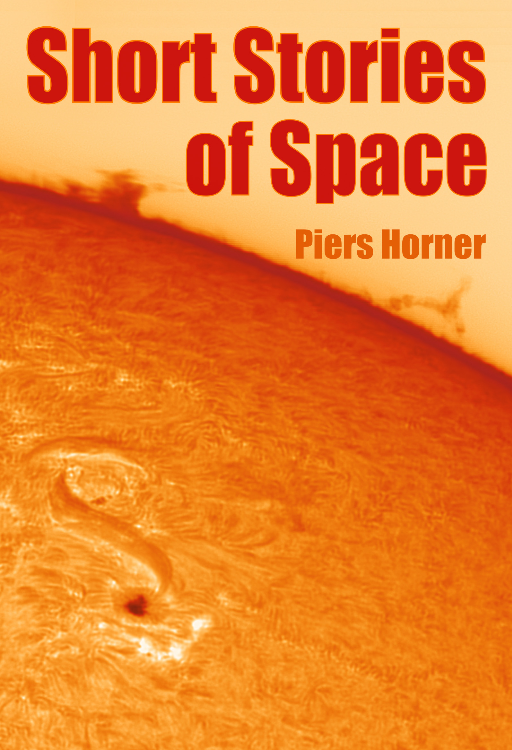 "Elegant, heartfelt, academic, and profound, Short Stories of Space by Piers Horner is an entrancing and contemporary journey through the cosmos" ★★★★½ - Self-Publishing Review

Short Stories of Space takes readers on a fascinating, reflective journey into seven essential, real-life space and astronomy events of the past year.

- Could ancient life still exist in the atmosphere of Venus?
- Does our understanding of the Universe's history need to be revised?
- What are the implications of private spaceflight for our future in space?

Each story delves into the science, politics and history behind the news headlines, while bringing to life the space research you may have missed. Trained astrophysicist Piers Horner provides fresh perspectives on what these exciting topics mean for our society; for science, and for the nature of human wonder, making them suitable for both a general audience and seasoned enthusiasts alike.

"Like a friendly science teacher telling you about their favorite parts of the subject, Horner’s writing is friendly and approachable … Even though the content is thorough, the writing does not intimidate nor bewilder the reader … Each discovery that Horner narrates incites excitement and awe, just the same as it did with the scientists credited with the discoveries. Short Stories of Space brings out the inner child in all of us" ★★★★★ - The Book Review Directory