Author of Fight to Survive


Alan McDermott is a successful British thriller writer with 10 published novels, featuring the ‘Tom Gray’ & ‘Eva Driscoll’ series. In a previous life he was a software developer.

Alan, thank you for taking the time to speak with us. And particular thanks for giving Profile a sneak preview of the new cover: Gray Genesis. Could you outline your writing process? How do you structure your time, the redrafting process – and your plots?

Your books are definitely in the ‘action thriller’ genre – hard-hitting and fast-paced. How do you feel about the handling of violence in fiction? Has your own approach to action – and the depiction of violence - changed much over time?

Creating two series of books must bring its own challenges. Could you talk a little about establishing a ‘voice’ for your novels?

In a nutshell - what's the storyline of Fight to Survive?

Readers who are new to Eva Driscoll should start at the beginning, with Run and Hide. How has Eva changed over these three adventures?

Eva Driscoll is a bad-ass, isn’t she? How different is it writing from a female perspective? Has this series attracted a different fanbase to the Tom Gray books?

Could you tell us a little about Eva’s morality, her code?

You’ve succeeded beyond most writers’ expectations, making a full-time living in a very crowded marketplace, and selling – how many copies? Any advice for the new writer just starting on this journey?

What are you working on at the moment? 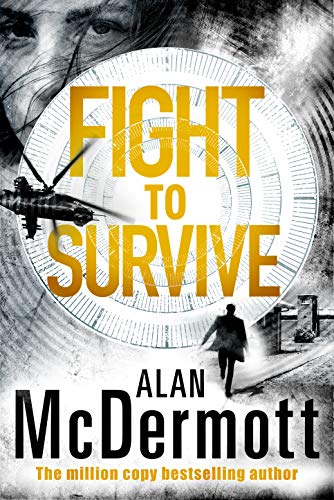 She’s working for her enemies. Or so they think…

Ex-CIA assassin Eva Driscoll has found a new life in Australia and believes she’s outrun the Executive Security Office, the most powerful and secretive organization on the planet. But the ESO has been watching her every move and when they approach her with a high-risk mission in North Korea, Eva is forced to co-operate with the organization she once vowed to destroy.

But releasing a high-ranking defector proves costly, and Driscoll is captured and imprisoned in a secret camp on the Chinese border. What she witnesses there will haunt her forever . . . so she decides to take matters into her own hands. But how long can she keep the ESO thinking she’s working in their interests rather than her own?

When her handlers become suspicious, Eva knows time is not on her side. Can she defeat the evil at the heart of the camp and get out alive—or will this final installment really be her last?