Author of BEDBUGS (Can you see them?) - an alien, man-eating insect story


Hi, everyone - my name is Lee Andrew Taylor, author of 4 horror-style novels & 9 movie scripts. I tend to write what I see, so my stories read like movies playing out inside my mind. I wanted to get non-readers back into reading. Most of us are watchers now, so I've combined the two. A lot of my readers have said they saw themselves inside my story as they read it, and the characters were like people they knew. It's always great to hear someone say they've visited one of my imaginary worlds. 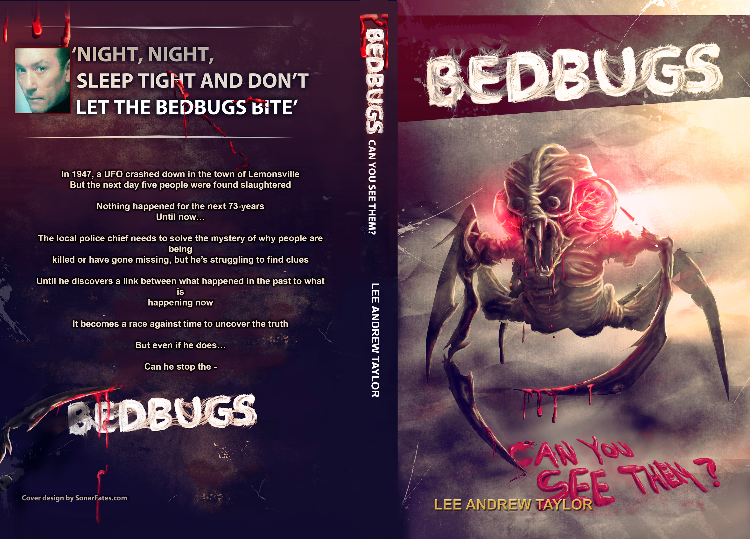 In 1947, around the same time as the Roswell alien landing, another UFO crashed to earth, falling deep within the soil of Lemonsville County, UK.

And during the night five people were slaughtered.

But nothing happened for the next 73 years.

In 2020, an earth tremor shook Lemonsville to leave an opening for the new killers of the night to attack.

Now, the local police chief and his small group of officers must find a way to solve the mystery of why people are being killed or have gone missing.

It takes him on a journey to the past, where his grandfather was a witness to the first murders, but, as the chief tries to uncover what happened all those years ago, more and more people are being killed.

Will he work out the link and save the people of Lemonsville, or will he fall to be destroyed by the things that want to take over the WORLD?

The BEDBUGS are coming!!!