Author of Vegas and the Mob


I've spent a good part of my life rummaging around old casinos in Nevada; finding even older casino owners and managers, and trying to find still older whiskey at local bars to ply stories about gamblers, Mob figures, and casino happenings from longtime Nevada residents.

The best of those stories have worked their way into my books and paved the way for me to spend even more time writing blogs (NevadaGamingHistory.com) and forcing my books on unsuspecting readers. Join me if you can.

How would you describe "Vegas and the Mob" to a new reader?

To what extent is this story true?

Where were some of the stories obtained?

Is this all Las Vegas, or are other locations included?

Which authors do you most admire?

"Vegas and the Mob' is a thrilling read, a real page turner. How important was it to you to write with pace and energy?

If "Vegas and the Mob" were to be adapted for TV or film, who would you see in the lead role?

How have readers responded to "Vegas and the Mob"?

Do you have any other books about the Mob in Nevada? 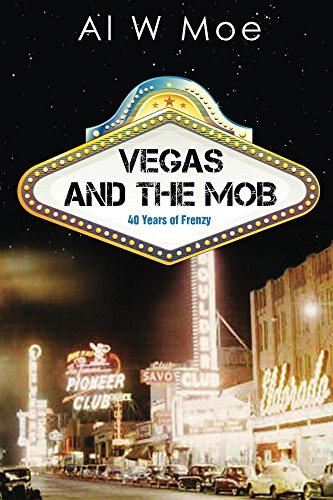 Las Vegas was the Mob’s greatest venture and most spectacular success, and through 40 years of frenzy, murder, deceit, scams, and skimming, the FBI listened on phone taps and did virtually nothing to stop the fun. This is the truth about the Mob's history of control of the casinos in Vegas like you’ve never heard it before, from start to finish. Las Vegas history has never been so fascinating!