Author of The Purple Thread

How woould you describe The Purple Thread to a new reader?

What was the inspiration behind The Purple Thread ?

Which character in The Purple Thread has had the greatest impact on readers?

If The Purple Thread were to be adapted for TV or film, who would you see in the lead role? Who did you have in your mind’s eye when you wrote him/her?

How have readers responded to The Purple Thread?

Waht are you working on now? 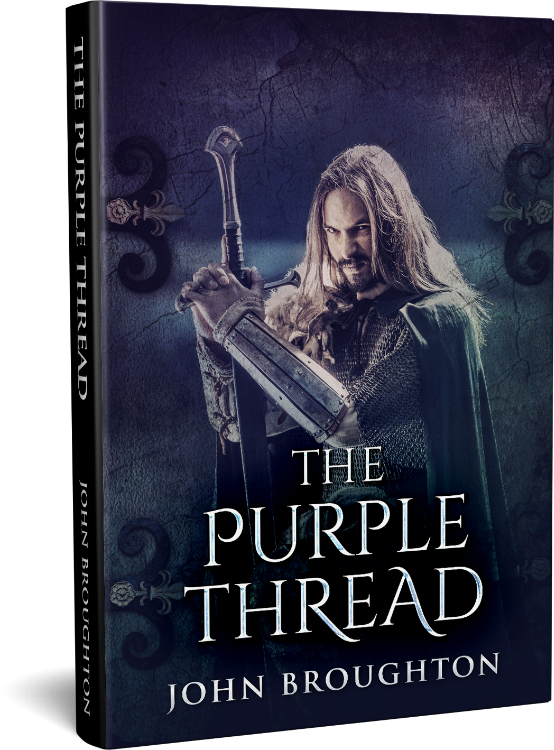 t is 733 AD in Anglo-Saxon Britain – a time of warriors, war and religious extremes.

Begiloc, a young freedman from Wimborne, is a man of action. But his world turns upside down when the young Briton and his best friend Meryn are ordered away to protect English missionaries in Germany.

For a man accustomed to brutality, Begiloc has a soft spot for the purple-tinged mountains, waterfalls, lakes, animals, trees and flowers – beginning to muse whether they, rather than Man, do not better embody the essence of God.

Mission follows mission across the continent, and Begiloc is driven ever further from his loved ones. His ultimate foe is the corrupt and cruel Bishop of Rems, Milo.

Will Begiloc ever be free from his obligations to the Church, and reunited with those whom he has been so long separated?

John Broughton’s The Purple Thread is a historical thrill-ride across 8th century Europe, which also rings some very contemporary bells, and a tale of a man’s psychological battle to sustain his faith and morality in the face of temptation and evil.