Author of Fall of a Kingdom: Book One of the Southern Empire Trilogy


Born in 1970 I just missed out on being a sixties child, but I'm making the most of a bad situation. I've been lucky enough to have travelled quite a bit, first as a kid following my dad who was in the Air Force, and later as jobs and holidays. Meeting and seeing different cultures and experiences created an imaginative and creative child and I've loved reading writing since junior school.

Since adult life and responsibilities intruded much of that went by the wayside, but having bounced through several jobs and a hip replacement I've decided it's time to get back to what I love.

Currently living in sunny Blackpool, Lancashire, I split my time between writing, shouting at salesmen in a Ford dealership, and having good times with good friends. It's not a bad life.

How would you describe Fall of a Kingdom to a new reader?

Fall of a Kingdom is Sword and Sorcery Fantasy, is that you preferred genre?

Fall of a Kingdom is a good example of this genre. Who has inspired you?

What's special about the locations in Fall of a Kingdom? What do they mean to you?

Fall of a Kingdom is fast-paced and exciting. How do you feel about pace in your writing?

If Fall of a Kingdom were to be adapted for TV or film, who would you see in the lead role? Who did you have in your mind’s eye when you wrote him/her?

How have readers responded to Fall of a Kingdom? 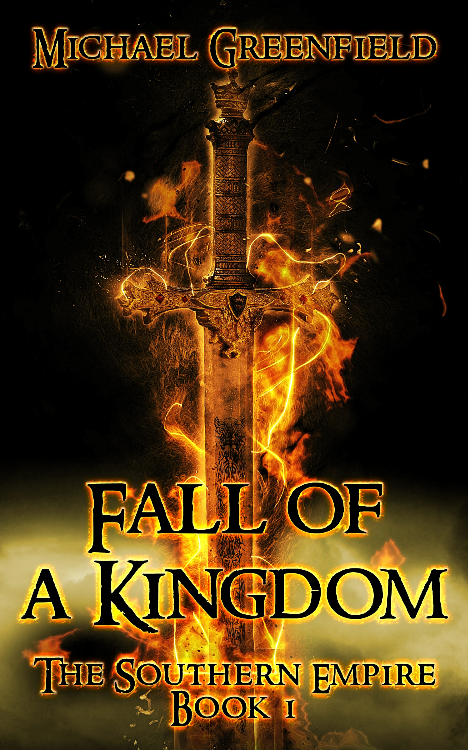 Calmagyr Ironsson finds himself caught in a desperate race to rescue the kidnapped Princess Myriana, and save the Kingdom of Boraan from an ancient evil. Aided by his mentor Magron Farsighter and several new friends, Cal finds himself leaving the Kingdom of Boraan in his pursuit. A journey that brings the terrifying revelation that it's not just Boraan that's under threat, but all of the Southern Kingdoms are in danger.