Author of Death and Cupcakes

How would you describe Death and Cupcakes to a new reader?

What was the inspiration behind Death and Cupcakes ?

Which character in Death and Cupcakes has had the greatest impact on readers?

If Death and Cupcakes were to be adapted for TV or film, who would you see in the lead role? Who did you have in your mind’s eye when you wrote him/her?

How have readers responded to Death and Cupcakes? 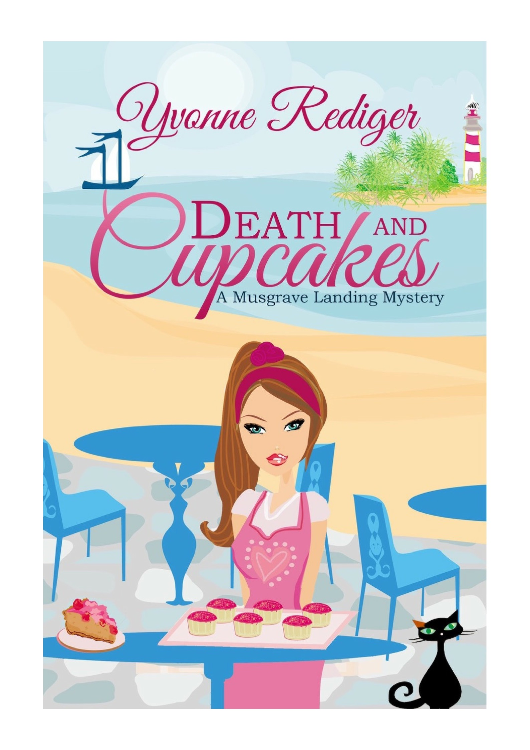 Jane Westcott has come home to the village of Musgrave Landing and nothing will be the same again. She has inherited her aunt's cafe and a good thing too. Her personal finances are in a shambles. Jane must make a go of the business and leave her past in Vancouver behind. She plans to run the small cafe by the ferry wharf and bake to her heart's content until her sister receives a letter from their dead aunt, which alludes to finding a key. But where is Jane's letter? On top of this, the mayor has gone missing and an old flame, Jack Birch, comes back into her life.The trouble is, the mayor gets himself murdered, and Jack finds the body with the help of Vimy, a former K-9 from the RCMP. Jack also finds a letter on the body addressed to Jane, and he is worried she was somehow involved with the village's philandering mayor, Tim Stanhope. As the investigation unfolds, it turns out that money has gone missing from the village accounts and an old friend of Jane's, Dirk Ipkiss, might be involved. Then there's the fact that Jack found the murder weapon, and it belongs to Jane.